Penelope Fletcher On "Being Indie" 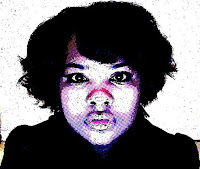 Meet Penelope Fletcher. She is a self-proclaimed Oddball Indie Author and Mistress of all Things Wonderfully Offbeat. She is the author of the self-pubished Rae Wilder series - a British YA supernatural story line where you can expect to find demons, fairies and "otherworldy" beings.
She's got her hands buried deep in building awareness and community among her fellow self published- from creating video reviews to interviewing other authors for her blog, and now here, where Penelope dishes on what "Being Indie" means to her....

I chose to become an Indie Author because after 12 rejections I got frustrated. I was tired of hoping someone would take a glance at my query letter amongst a thousand others and see what I offered. Actions speak louder than words, so why was I hoping when I could action a proven route of success on my own? It was risky, but at least there was a chance. Failure would mean I didn’t approach the task properly, or highlight my book, and that simply wasn’t good enough.

Of the agents who received my opening three chapters none saw enough potential to request the full MS. Naturally, being new to writing I was devastated, and was almost convinced writing was not for me. Thankfully, the 110,000 readers who have downloaded my book since October 2010, and those who have gone on to rate or review had a different opinion.

To be an author under contract with a traditional publishing house is a grand dream, a wonderful one to aspire to (and my sincere best wishes to all who are actively querying), but it’s just that for me. A dream. One I’ve already woken from, and have realised I can enjoy from time to time, but don't need to get hung up on.

The harsh reality every Indie needs to accept is traditional publishing dominates the print market. Amazingly, this is only because of certain distribution limitations. Eventually Indie eBook Bestsellers will be able to tap into that area of the market on a mass scale too.

Oh, imagine the day when Indie’s who produce quality books can release an eBook, and a paperback, internationally with a well thought out advertising campaign. Our future potential gives me goose pimples. You see groups like the Indie Book Collective actively preaching the payback of solid marketing plans for self-published work, and can watch (or participate) as Indie Authors using the advice go from strength to strength, kicking ass and taking names. It’s thrilling, and who does not want to be a part of positive change?

To me, an Independent Author is a creative soul who understands the fundamental need to be business orientated. Think big and you’ll make it big. Think small ... you can finish that sentence. Once you have written the book the creative part is done, the rest is business, even the cover. A good cover sells books (yes, ignore the saying never judge a book by its cover). A good blurb can sell a book. Correct genre placement sells books. Even bad reviews sell a book (having a diverse readership proves market penetration – loving how I worked in the word penetration!). A targeted marketing campaign sells a book. Damn, if you’re a newbie like me and not sure where you should focus take a shot gun approach and list your book (or a specially written novella) as a free read then see what happens. Where are your readers? Where should you really be focusing your efforts?

It’s so important we support each other. Each time an established Indie honestly (and constructively) advises a newbie on the quality of their offering they are effectively helping to improve the general standard of Independent Publishing. So a big thank you to them! Some may ask, “Why should I bother when I had to battle it out alone?" Well, doors closed to all of us will open. Grudgingly, at first, but when the money flows Indie’s will be welcomed with open arms. Right now the only thing standing in our way is us ... it’s time we realised it.

I’m not sure anybody truly knows what power the Indie Community has yet, but I’m enthusiastic about what’s around the corner, and look forward to see the next Indie star rise. 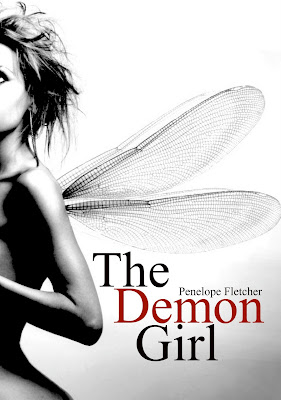 The Demon Girl is the first book in a series, and is available to download from Kindle, iBooks and Nook eStores. Book two, Demon Day, is out in June 2011. Paperback edition is also available online from Barnes and Noble and Amazon.com.
Website: thedemongirl.com
Facebook: facebook.com/DemonGirlBook
Writer’s Blog: fictionfierce.blogspot.com
Posted by TNBBC Super Mod at 8:00 AM