Books I Read in October

Halloween has come and gone and Christmas is like a blink away... where the heck did this year go?

I appear to have kept up a pretty healthy pace this past month, reading a total of 8 books in October! In case you were curious, here's a peek at which ones they were: 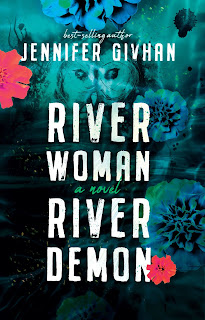 Oh yaaaas, this book hit the spot!As the anniversary of her best friend's drowning approaches, the frequency of Eva's blackouts increase, a residual side effect from the trauma she experienced as a teenager all those years ago. Then one evening, Eva awakens on the couch to the sound of her husband Jericho moaning for help down by the river behind their home, and upon reaching its muddy bank, she finds him clutching the dead body of their best friend Cecelia. The cops show up and arrest Jericho, and Eva is left trying to pull together the pieces of what the hell just happened.A chicana bruja and curandera, Eva searches for the truth through unusual means, calling upon the ghosts of the drowned women who haunt her and leveraging her ancestrial magick skills to keep herself and her family safe.A gorgeously written novel that mixes the magical with the paranormal, River Women, River Demon is a haunting look at the power of our pasts and the achingly familiar desire to not lose faith when all the evidence screams otherwise. 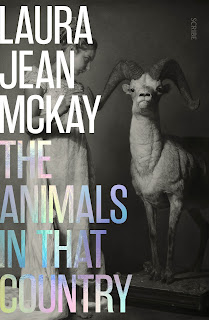 The Animals in That Country by Laura Jean McKay

One of the best books I've read this year and it's crazy to think that it would have slithered right under my radar if I hadn't happened across a blogger's review of it when I was reaching out to them to pitch a client's book.I'm also shocked at how many people are either on the fence about it or flat out disliked it. It's so friggen good you guys! How can anyone not like it?!It kicks off in a zoo, where we spend time with Jean, one of the zoo's guides, her daughter-in-law Ange, who runs the zoo, and her granddaughter Kim, at the very start of a highly transmittable virus that quickly escalates to pandemic status. Not long after the initial flu-like symptoms wear off, the infected begin communicating with animals - first, they can hear the mammals. Next, the birds. And there are some, god help them when they reach this stage, who can hear the insects.Initially thought to have gone mad, many of them kill their pets, or release them from captivity. Ange gets word that all zoos and sanctuaries are to be placed on lockdown, and so lock down they do. Jean and Kim used to play a game where they'd guess what the animals were thinking, and to them, this "zooflu" sounds like a dream. Imagine what that could be like... speaking to the animals. Breaking that barrier and truly understanding their thoughts. It's especially enticing to Jean, who has bonded greatly to a female dingo named Sue that she rescued as a pup. So when her infected estranged son Lee shows up at the gates, she embraces the opportunity to let him inside.As the exposure sets in amongst the staff, Lee takes off with Kim towards the ocean where he plans to commune with the whales, and Jean, now starting to show signs of the illness, hits the road with Sue. What follows is a hallucinatory and heart wrenching journey to reclaim her family and maintain her humanhood in a world in which the animals now appear to have the upper hand. 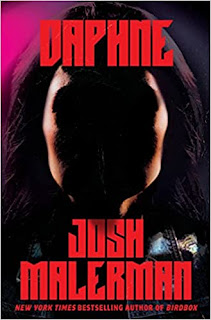 I don't know why I keep reading new Malerman books expecting them to blow me away the way Birdbox did. They just don't. And it's not a dig on his writing or the stories he's telling. But my god, nothing will ever come CLOSE to that book, imo. I think they all suffer from never-gonna-beat-the-first-book-I-read-from-the-author syndrome. (ahem, if you know, you KNOW).His other books are hit-or-miss with me... it's the most bizarre thing. Some (Black Mad Wheel; Unbury Carol; Goblin) were incredibly underwhelming. Others (Pearl; A House at the Bottom of the Lake; Malorie) were pretty ok. We can add Daphne to the pretty ok pile.I listened to the audio and thought it was really well done. In it, we meet a group of high school female basketball players who are being brutally killed off, one by one, by what the girls believe is the ghost of Daphne, a small town urband legend that allegedly stalks those who summon her by simply THINKING about her... 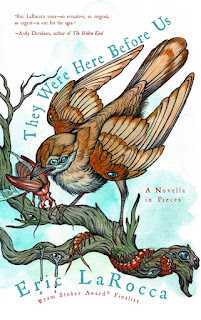 They Were Here Before Us by Eric LaRocca

I thoroughly enjoy Eric LaRocca's writing. His books are deliciously bingeable and shamelessly cringey. He takes body horror to a totally different place and his latest book, They Were Here Before Us, continues that fabulous trend.In this thematically connected collection of short stories, we're treated to a variety of perspectives - we're a beetle in a decomposing corpse, a chimpanzee who has lost his human lover, a bird tormented by a young child, a married couple who struggle at the hands of dementia... it's nature vs nurture at its wildest and it's really friggen good.I'm sure I'm preaching to the choir here, because you've all ready something of his by now, right? Right?!? If not, well jesus, what are you waiting for?!?! 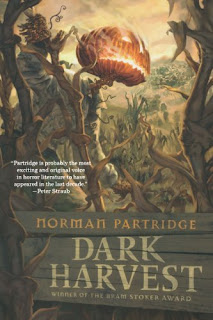 A dark town with a dark secret and a really strange tradition of turning their teenaged sons lose on halloween night in a hunt-or-be-hunted race to midnight.Picked up this hokey halloween book for funsies, not really expecting a whole lot from it and this hit the spot ... when you take it face value. Which I kind of can't. There was very little set up and almost no backstory and gosh I have so many questions!! Like, why do they lock their sons in their rooms and starve them in the five days leading up to the "run"? Why is it that only the sons participate, and not the daughters? How did this horrible tradition begin and why do they have to keep satisfying it year after year? And why can't the locals leave?While it created more questions than it seemed to answer, I sure am glad I'm not being stalked by a machette carrying pumpkin-vine-crow stuffed with loads of delicious candy. That's all I'm saying. 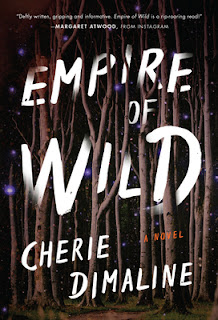 Empire of Wild by Cherie Dimaline

I hadn't heard anything about this book when I stumbled across it while browsing in a bookshop, and was pleasantly surprised by it. The jacket copy definitely does not do it justice.I picked it up thinking it was a going to be a mild native thriller about a woman who went searching for her missing husband but it turned out to be so much more than that. It's steeped in canadian native culture and forklore, incredibly atmospheric, and took a fabulous turn into 'horror-adjacent' territory.If you're looking for a slow burn with some teeth to it, Empire of Wild should be on your to-read list!Very glad I found this one! 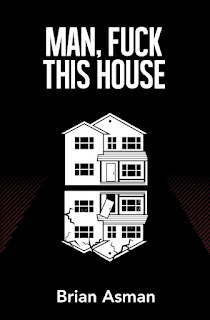 It looks like people were somewhat split on this one, but I found it to be a really fun read. One that I could have finished in one sitting if I hadn't started it so late the other night.It's a quirky horror read - strange, not quite scary - that plays on the haunted house trope. A family moves into their dream home but things are not what they seem.The wife, Sabrina, begins to see and hear things that she cannot easily explain and, like most normal people in weird situations, attempts to rationalize them away until she can't - a strange man appears on her basement steps and carries a box of her husand's sports stuff down into the basement then disappears into the crawl space; she heads upstairs to run a hot bath only to find someone has already done it though she's the only one home; she turns on the TV and sees herself in every show... Unfortunately, she's the only one experiencing it and her family is starting to think she's mentally unravelling. By the time her kids start to catch on to the fact that something is not quite right, they may be just a little too late...I think the less you know going in, the better off you are, because it's an interesting spin on the genre. If you pick it up, I'd love to know what you think!! 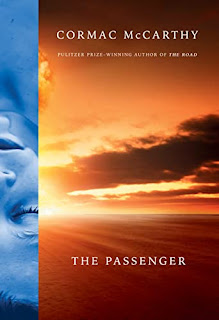 The Passenger by Cormac McCarthy

I am not sure how I feel about this one.Taking it at face value, it was a good book. I enjoyed listening to it. I could listen to MacLeod Andrews read just about anything. I liked the rough grit of it. I liked the dual narrative - bouncing between Bobby Western's weird antics, after he works a salvage dive at the site of a crashed plane, and the inside of what we learn to be his deceased sister's schizophrenic mind.But it just didn't feeeeeel like a Cormac McCarthy book. It felt more like... well... I'm not sure what it felt like exactly but it did not feel like him.Is that weird? Am I alone in this?

Have you read any of these? What did you think?