This recommendation comes from Caleb Tankersley. His story collection Sin Eaters won the 2021 Permafrost Book Prize and is published by University of Alaska Press. He is also author of the chapbook Jesus Works the Night Shift. His writing can be found in Carve, The Cimarron Review, Puerto del Sol, Sycamore Review, and other magazines. He is the managing director for Split/Lip Press and lives near Seattle.

Caleb Tankersley Recommends The Plague of Doves by Louise Erdrich 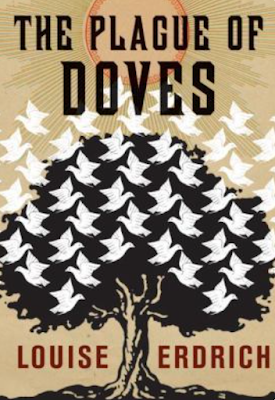 “A burst of radiance. The flowers fly into the air and scatter in the yard. Another crack so loud we’re right inside of the sound. Billy Peace, sitting on the iron bench like an oracle, is the locus of blue bolts that spark between the iron poles and run along the lantern wires into the trees. Billy, the conductor with his arms raised, draws down the power.”

I’ve given you this line with no context, no surrounding story, no character descriptions. You don’t know Billy Peace, and you don’t know who is witnessing him be struck by lightning. But none of this information is necessary for you to be drawn in by the energy of these lines.

That’s the genius of Louise Erdrich, who is—I don’t mine staking the claim here—the greatest living English-language fiction writer. You could read any of Erdrich’s books to understand how brilliant her work is—some of my favorites include LaRose, Tales of Burning Love, and The Last Report on the Miracles at Little No Horse—but I think Erdrich’s linguistic skill is most on display in The Plague of Doves.

The book features a large host of characters who live around the small town of Pluto, North Dakota. We follow Evelina—a young girl trying to find herself amongst all her family history—as well as several characters in decades past who were involved in a series of horrific crimes and retaliations that still reverberated in the lives of Pluto’s white and Ojibwe citizens today.

I’m an easy cryer. A few violin strings or thinking about Zuko reuniting with Iroh and I’m wiping dust out of my eyes. But it’s fair to say that The Plague of Doves struck me on a whole other emotional level. Louise Erdrich should have a multi-million-dollar sponsorship deal with Kleenex. This isn’t to say the book is melodramatic; far from it. The Plague of Doves is deeply real, deeply genuine, and deeply funny, all of which make its emotional moments strike with a ringing clarity.

But what really sets Louise Erdrich apart as the GOAT and made me a life-long fan is illustrated in the passage above: her language. Each and every sentence is supremely polished and smooth, perfectly crafted. And while the scenery is clear and the movements crisp, Erdrich somehow imbues every line with magic. I don’t mean “magic” in the sense of fantasy or wizards, I mean magic. Possibility. The reader is firmly rooted in the real, tangible world, but Erdrich’s prose lets us know that the rules of this world are malleable. It’s as if the very atoms that make up her environments are vibrating, allowing anything to pass through at any time.

Erdrich’s plots lean into these magical elements in small ways, but it would be a bit simplistic to call The Plague of Doves a magical realist novel. A better description might be that Erdrich herself has a worldview that allows for magic to happen, and she’s happy to share that view in her writing.

And what happened to Billy Peace, the man struck by lightning? I’ll let Erdrich tell you as only she can:

“He is a mound, black and tattered, on all fours. A snuffling creature of darkness burnt blind. We watch as he rises, gathers himself up slowly, pushes down on his thighs with huge hands. Finally, he stands upright. I grab my mother’s fingers, shocked limp. Billy is alive, bigger than before, swollen with unearthly power.”

There’s a brief sample of what you can expect from The Plague of Doves. I’m envious of anyone reading this who gets to arrive at this book for the first time. Go curl up with a copy today (and bring some Kleenex).

If you feel so inclined, please check out Caleb's forthcoming book: 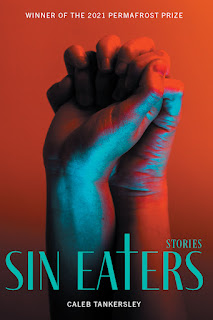 Magical, heartfelt, and surprisingly funny, Sin Eaters paints a tumultuous picture of religion and repression, while hinting at the love and connection that comes with healing. These powerful stories illuminate the shadowy edges of the American Midwest, featuring aspects of religion, sex and desire, monsters and magic, and humor.

Sin Eaters is a fight for authenticity in a world that is mysterious, muggy, and punctured by violence. This stunning debut full of complex themes will both challenge and delight.