Blog Tour: Ariadne, I Love You

We're happy to help Meerkat Press support the release of their latest title Ariadne, I Love You by participating in their blog tour. And if you're at all into winning free stuff, they're running a giveaway where you can potentially win a $50 book shopping spree.

For today's stop, we're thrilled to introduce J. Ashley-Smith, who will be reading an excerpt from the book. He is a British–Australian writer of dark fiction and other materials. His short stories have twice won national competitions and been shortlisted seven times for Aurealis Awards, winning both Best Horror (Old Growth, 2017) and Best Fantasy (The Further Shore, 2018). His novella, The Attic Tragedy, was released by Meerkat Press in 2020 and has since been shortlisted for an Aurealis Award, an Australian Shadows Award, and a Shirley Jackson Award.

J. lives with his wife and two sons in the suburbs of North Canberra, gathering moth dust, tormented by the desolation of telegraph wires. 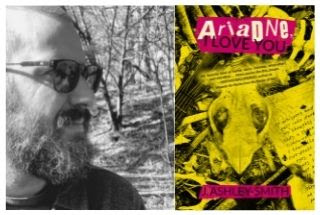 Click on the soundcloud icon below to hear J. Ashley-Smith read from Ariadne, I Love You 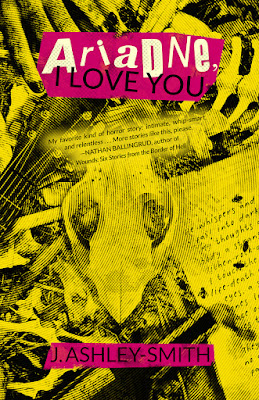 About Ariadne, I Love You:

Jude is dragged out of Alt Country obscurity, out of the dismal loop of booze and sadness baths and the boundless, insatiable loneliness, to scrub up and fly to Australia for a last, desperate comeback tour. Hardly worth getting out of bed for—and he wouldn’t, if it weren’t for Coreen.

But Coreen is dead. And, worse than that, she’s married. Jude’s swan-song tour becomes instead a terminal descent, into the sordid past, into the meaning hidden in forgotten songs, into Coreen’s madness diary, there to waken something far worse than her ghost.