Jason Tanamor's Would You Rather 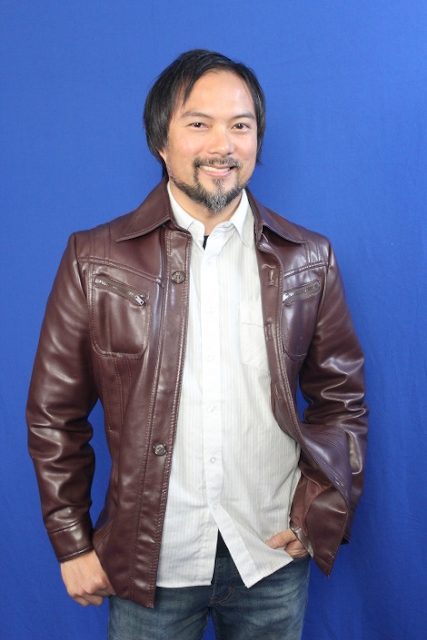 Feet, as I’d hate to get paper cuts on my tongue. I was so happy when stamps went to self-adhesive backs.

One giant bestseller, as I think the success would yield interest in the other books which could then propel them to moderate seller status. Then I could have both.

Known author now. Part of the joy of writing is reaping the success that comes with it. You wouldn't get that if you’re dead. Plus, you couldn’t defend yourself to those who think you’re not a genius.

One man fell down a cliff and tumbled to his death. One witness reported the incident. One television statement reported the news. One person attended his funeral. One million dollars was left on a stranger’s doorstep. One person did not know what to do with the good fortune.

That didn’t seem too difficult, AND I like conjunctions too much.

Playing as an audio in the background. I’m not very tall, so eventually some of those words would be on top of each other. No one would know what it read. Plus, could you imagine people coming up to you who haven’t read the book? They’d be like, “Don’t move. One more chapter.”

Sometimes to get on the radar you have to quote unquote sell out. I’d rather have a crappy book that everyone knows with the hopes that readers look for my other books. I could live with that. Eventually that book would be forgotten.

Character. This happens a lot. So long as that character is really compelling to some degree, there is this weird feeling inside that causes you to feel sorry or bad for him/her. Regardless if you hate this character or not. When you have a bad plot twist or one you’re not keen on, it seems to derail a lot of the story.

Last time I used my blood as ink I became blood brothers with my friend Maurice. We wrote up a contract to be unrelated brothers and signed our names in blood. I haven’t seen him in years when his family moved away. This time around I’d use my skin as paper. But not the words of my favorite novel. See above for why.

Many of my characters have some bit of “me” in them, so seeing them jump off the page and reenact in real life would be great to see. Especially if the scenery changes along with them.

I’d write an entire novel without punctuation and capitalization if it meant that people would wonder if I’d dictated the entire manuscript through my talk to text app.

Teach, definitely. If someone reading my book can take away a theme or passage that changes his or her life, the book is worth writing.

How many pick-up lines does Dylan Thomas have? This, in itself, could go on longer than an hour. At least with Ayn Rand talking for an hour straight, I could tune the conversation out. I’m really trying to answer this question objectively.

I like to have a cadence or tempo in my books. Writing haiku would satisfy that requirement. When I speak, I use a lot of words at times, so I don’t think I could live with the standard 5, 7, 5 pattern.

If those are the only items I could have, then the 50 Shades series, only because if I hadn’t learned the language of the other series when I had all the resources available, I wouldn’t learn it stranded on an island.

Lucky for me, I’d had both. See some of my past reviews, but also, I’d had reviewers email me telling me that they couldn’t say anything nice about a book so they’d decided not to review. Both are fine. Every person is different, and every person has an opinion.

May I ask who the narrator is? Makes all the difference.

Pens and paper. I don’t even think I have paper in my house. Half the time I’m writing stuff down on napkins or the back of envelopes from discarded mail items.

Standing on my tiptoes because I love me some tone calves.

I’d rather have no one show up to a reading, only because no one needs to see that image.

My weakness is writing. My strength is story idea. I’d give writing a pass if the story keeps my attention. I’ve read novels that had won writing awards and afterward I’m thinking that the story wasn’t very good.

Jason Tanamor is the critically acclaimed author of the novels "Anonymous" and "Drama Dolls." His new novel "Vampires of Portlandia" is a NA urban fantasy about Filipino folklore - aswang. His writings have appeared in more than 250 publications. He's interviewed personalities such as Billy Corgan (Smashing Pumpkins), Pete Rose, and Dane Cook, and has covered U.S. President Barack Obama. Tanamor currently lives and works in the Portland, Oregon area.