Tis the Season for Ghosts Of You 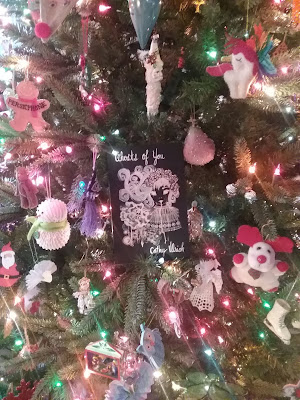 Cathy Ulrich released Ghosts of You back in back in October with Okay Donkey Press.
Go on and grab yourself a copy here.

The book goes great with a Black Dahlia.... 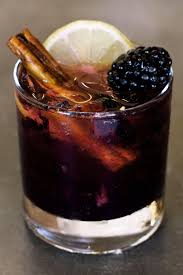 To drink with "Ghosts of You," I'd recommend a Black Dahlia. I got this recipe from a cheesy TV drama with switched identities and faked deaths and all sorts of goodness!


To make a Black Dahlia, you take three ounces vodka, one ounce creme de cassis and a splash of raspberry liqueur. I usually just pour them straight into the glass, but using a cocktail shaker works great too.


The drink, of course, is named after Elizabeth Short, more famously known by the moniker she was dubbed by the Hearst newspapers after her murder: The Black Dahlia. She's referenced in a story in "Ghosts of You," and she is the epitome of a girl whose death set the plot in motion.

Ghosts of You is a collection of short stories about seeking the lost and finding the person behind the sensationalism. It examines the tropes of mystery/crime storytelling in which the narrative always begins with the body of yet another murdered woman. They are mothers and daughters, teachers and students, lovers and wives, actresses and extras. They have been taken, but their stories still remain. This is how they set the plot in motion.


"She tackles moments of intense grief without flinching, and balances them within a kaleidoscope of poignant moments. ghosts of you is intense, but not exhausting. Each piece is as unique as the murdered woman who starts it. Collectively, they challenge our treatment of the murdered woman." - Bookends Review


"Ulrich digs deep to expose and underscore the disposability of women; the way our lives are measured by those we leave behind; they way we only matter as a plot device." - Dianah @ Powell's


"Like a seasoned gumshoe, Ulrich dirties her hands, digs through sensationalism, and ignores the obvious to search for clues. She opens up the spaces between what the readers think they understand and the truth. " - Heavy Feather Review


"Ulrich’s writing is revelatory, bone-shaking. ...This is flash fiction that will sink into your bloodstream and keep circulating long after the final line." - After the Pause


"Cathy Ulrich is a puppeteer with the short story craft...For fans of literary fiction and murder mysteries, you’ve met your match with this book." Independent Book Review


"There’s a timelessness to Ghosts of You, and even after many readings, there’s still fresh meaning and details. Ulrich is giving these women their due, breaking open the wounds, bringing them to the foreground and transforming their stories." - Emily @ Smokelong

Cathy Ulrich is the founding editor of Milk Candy Review, a journal of flash fiction. Her work has been published in various journals, including Black Warrior Review, Passages North, and Wigleaf and can be found in Best Microfiction 2019, Best Small Fictions 2019 and Wigleaf's Top 50 Very Short Fictions 2017 and 2019. She lives in Montana with her daughter and various small animals.