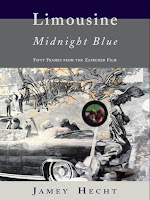 I am late to the game with this one- I found it buried in a pile of books I was organizing after my most recent move- and that is all the worse for me. This collection of sonnets is so so so worth your time. Each sonnet is inspired by, and titled after, a different frame of the Zapruder Film. Following the few seconds before, during and after President Kennedy’s assignation there is a lot of ground getting covered here. Yeah, I went there.

In all seriousness, each sonnet is carefully formed without being distractingly rigid, as is often the case with formal poetry. Within each poem there is a mix of the concrete details and this thoughtful, kind of trippy, existential look at death, American society, and personal relationships that is stunning. I could pick nearly any line from any of the poems to demonstrate this point, but my particular favorite stanza is “This is my song of promises and lies, making me deaf/to warnings and alarms. Shot one opened up my throat/so when the sudden angel came commanding me to sing/I could reply like Caedmon: I can’t sing.”

I dog eared most of this book, partially because of it’s excellent crafting, and partially because of the unique take on history. The emotional connection made between Jackie and JFK, between JFK and the time period, between the poet and the reader, between humanity and it’s struggles with death… it doesn’t often get better than this. I am a fool for letting this get lost in my hot mess of a home library, don’t make the same mistake I did.