Andrew Miller's Would You Rather

Bored with the same old fashioned author interviews you see all around the blogosphere? Well, this series is a fun, new, literary spin on the ole Would You Rather game. Get to know the authors we love to read in ways no other interviewer has. I've asked them to pick sides against the same 20 odd bookish scenarios.


Andrew Miller's
Would You Rather 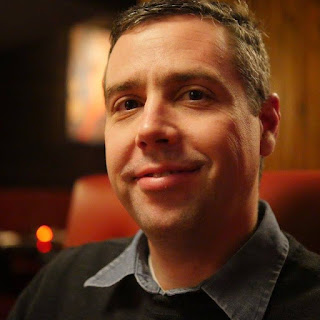 Would you rather start every sentence in your book with ‘And’ or end every sentence with ‘but’?
And the very first question kills me. And so I think I’ll stick with and, not but.

Would you rather write in an isolated cabin that was infested with spiders or in a noisy coffee shop with bad musak?
And I’ve got nothing against spiders or isolated cabins, but I draw much of my inspiration from the absurdism in our social interactions. Sorry, I’ll stop with the “and-but’s.” Generally as long as I’ve got a table or desk and headphones I’m productive, whether being attacked by spiders or Sussudio.

Would you rather write the best book of your career and never publish it or publish a bunch of books that leave you feeling unsatisfied?
So much of my writing is merely an attempt to understand what is going on in my chaotic head that writing one true thing, putting all of my best efforts into a book that is never published, well just knowing I was able to find clarity on the page alone would be exceptionally gratifying.

Would you rather have everything you think automatically appear on your Twitter feed or have a voice in your head narrate your every move?
I was an early adopter of Twitter then gave it up after getting bored by it and haven’t had a Twitter account now for a good 5 years. However, I daily feel as though there are voices in my head arguing over who gets to direct and who narrates the disaster; so I’m not sure this qualifies as a would-you-rather choice as much as you-are-fated life.

Would you rather your books be bound and covered with human skin or made out of tissue paper?
This is a fascinating question. I would rather all of my books published during my life be made of tissue paper because they will be full of fragility and tenderness and the reader should be made plainly aware of the need to approach the text with some level of tenderness. If there is a book unpublished at the time of my death however I want it bound in my skin as I would expect it is the true cause of my demise and like a hunter who mounts their trophy kills those pages deserve their reward as well.

When I write I do so as a way of exploring and exposing myself as completely as I am able. When I share my words it is because I want that exploration and exposition to stir others into action; as much as the audience perhaps would prefer not having shown up, being naked in front of so many pairs of ears seems like the only answer to me.

Would you rather your book incite the world’s largest riot or be used as tinder in everyone’s fireplace?
If my words could stir the destruction of our current status quo then I will give the world a never ending litany until everything is turned out and upside down. Surely if that doesn’t succeed the victors will follow through with burning everything I’ve left behind.

Would you rather give up your computer or pens and paper?
Bring on the blackout – I’ll carve open my finger and draw words and pictures with blood if needs be. As much as I enjoy typing and watching the never-ending-internet pass by, paper and pens will always be my closest friends.

Tattoos definitely, unless I have to pay for them, because that would be super expensive. Also, I have no idea what novel I would choose – so many fantastic books out there that I love by the end of it all I would just be a rainbow of words.

Would you rather meet your favorite author and have them turn out to be a total jerkwad or hate a book written by an author you are really close to?
Kill your heroes – there’s nothing worse than hating a piece of work done by someone you care about because you’re obliged to talk to them about it; whereas most authors are total jerkwads speaking from personal experience with gazing into mirrors and other reflective surfaces.

Would you rather write beautiful prose with no point or write the perfect story badly?
I think this is the hardest question in the list because most people will stop reading a poorly written story no matter how important message is but will quickly consume beautiful prose regardless of its intention, often apply their own meaning. I suppose I’ll flip a coin and say perfect story wins because I’m a sucker for intention.

Would you rather your book become an instant best seller that burns out quickly and is forgotten forever or be met with mediocre criticism but continue to sell well after you’re gone?
I would rather create something that is truthful enough to stand the test of time. My body may fail sooner than later, but a well written book is like a long distance conversation. To leave behind a book evocative enough for generations of readers to find worth their while is in a way like time travel or even immortality.


Andrew Miller writes to us from Columbus, OH and is the author of If Only The Names Were Changed (CCM 2016). He’s currently pursuing an MFA in creative nonfiction at Miami University and you can keep up with him at Andrew-Miller.com.
Posted by TNBBC Super Mod at 5:00 AM