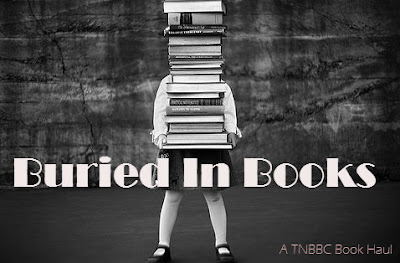 A dark tale of slavery, immigration, and murder set on the west coast of Wales, this is a startling portrait of three ordinary lives taken to extremes. In the aching cold where night bumps into day, Hold hears noises confirming he isn't alone. At the edge of his nets, a rudderless dingy thumps against the rocks, prey to the ebbing tide. What he finds there changes everything. Meanwhile, Grzegorz works hard, with no time for rest and little thanks. All he needs is an opportunity; when it comes, with no apparent strings attached, what can he do but take it? On the other hand, the Big Man knows only one kind of life—where all that is needed are a code of honor and a reputation—but it’s leaving him behind and he’s struggling to keep up. One random technical hitch later and the three men are set on a journey that none could have foreseen, none can halt, and that ends as abruptly as it began. All three men want the chance to make their lives better and are tied together in a fatal series of decisions and reactions.

*By Request / *Always been meaning to read him 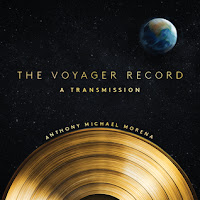 Late summer 1977: two identical robotic spacecraft launch from Cape Canaveral. Their divergent paths through the solar system take them past gas giants, icy moons, asteroid belts, and eventually into the unknown of interstellar space. There, they will continue to travel on forever, the fastest moving objects ever created by humans. The Voyagers carry a message from Earth, a phonograph record plated with gold containing 27 songs, 118 images, and greetings in 55 languages meant to summarize all life on our planet for the extraterrestrials who might one day encounter the crafts. The Voyager Record: A Transmission is the record of that record: a history in fragments exploring how legendary astronomer Carl Sagan and his team attempted to press the entire human race into a single groove. Combining elements of poetry, flash fiction, and essay, Anthony Michael Morena creates a collage of music, observation, humor, and alienation. Giving the 38-year-old original playlist a B-side update, Morena’s The Voyager Record calls out to its namesake across the billions of miles of emptiness: Send more answers.

A succinct and witty literary venture that tells the strange story of a priceless treasure discovered in East Anglia on the eve of World War II. In the long, hot summer of 1939, Britain is preparing for war, but on a riverside farm in Suffolk there is excitement of another kind. Mrs. Pretty, the widowed owner of the farm, has had her hunch confirmed that the mounds on her land hold buried treasure. As the dig proceeds, it becomes clear that this is no ordinary find.  This fictional recreation of the famed Sutton Hoo dig follows three months of intense activity when locals fought outsiders, professionals thwarted amateurs, and love and rivalry flourished in equal measure. As the war looms ever closer, engraved gold peeks through the soil, and each character searches for answers in the buried treasure. Their threads of love, loss, and aspiration weave a common awareness of the past as something that can never truly be left behind.

*From publisher / *might stretch my usual reading comfort zones

Will you escape the giant monsters that are rampaging the fuck out of your city? Aliens are invading the Earth and their ray guns turn people into violent punk rockers. At the same time, the city is being overtaken by giant monsters tougher than Godzilla and Mothra combined. You can choose to be a lone scientist trapped in a secret government lab on a remote island swarming with monstrous killer insects, a badass punk rock chick with a green mohawk caught in a bar room brawl as the city goes up in flames around her, or a desk jockey forced to endure tedious office duties while his building is being attacked by a gargantuan centipede with claws the size of sports utility vehicles. Which character will you become? To become the scientist, turn to page 149. To become the punk chick, turn to page 11. To become the office drone, turn to page 77. But choose wisely! You might conquer a fleet of alien saucers with the help of a high-flying monster-slicing super cat or drown in a giant monster's pool of sperm as it butt-fucks your office building. What will happen next? That's up to you! When the story hits a fork in the road, you get to choose which path to take. The ending will always be different depending on your decisions. Not only that, you can read this book over and over again for a new experience every time!

*By request / Sounds wicked awesome
Posted by TNBBC Super Mod at 5:00 AM