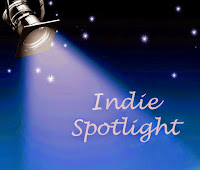 It's been awhile since we've had an author spotlight on the blog. So I was thrilled to hear that Lorraine Devon Wilke, author of the recently released Hysterical Love, wanted to share her thoughts on intentional self-publishing.

Self publishing has worked hard at shedding the stigma that has dogged it for years. More and more often, authors - both long time "big 6" favorites and unknown debuts - are weighing out their options, doing the research, and intentionally choosing to publish their work on their own.

Read on to see why Lorraine went down that road and why she believes it is time to stop auditioning....

Let me start with a disclaimer: this is not a screed against traditional publishing. Yes, those are trendy and there are lots of them out there, but this is not one. Life has taught me that when something sustains over a long period of time, it’s usually because it provides a useful and desired role in the greater scheme of things. I’d guess that’s the case with traditional publishing.

This is, instead, a few of my cobbled thoughts on the topic of why one might choose to self-publish, that newer paradigm in the bigger book industry picture. In the myriad of reasons why one might take that turn—and there are many—these are mine:

As someone who’s been involved in a variety of creative mediums throughout my life, the concept of stepping front and center to be judged toward some artistic goal is not a foreign one. Which is a convoluted way of saying, “I’m well-versed on the audition process.”

From birth on, in fact, we’re all immersed in the act of working for something: the cookie, the pat on the head, good grades, parental/teacher/coach approval, sexual attention of boys/girls, that job we want, the lead in the play, first prize, the record deal, a deserved raise, and so on.

If you’re a writer, an author? The “something” you work for is getting published. And back when traditional publishing was the only option available, or even now if you choose that road, the auditioning process toward that goal can be a brutal one.

An actor? You go up for a role, and, if you’re lucky, there’s a callback. If your luck holds, you go to the director, producer, network; whatever, and, usually, within a relatively short period of time, you know whether you’re in or out. Jobs, much the same time trajectory. Record deals, boyfriends/girlfriends, that raise? All of these come to fruition quickly enough that you either celebrate tout suite or launch your grieving process before the next snow. 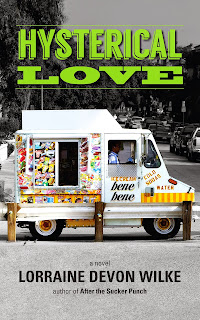 Traditional book publishing? Dear God, who invented that process: Satan? I’m being facetious, of course (Satan wouldn’t know a good book if it arrived on stone tablets), but there is something oddly sadistic about the gauntlet authors who “go traditional” must traverse:

1.      Write the book and/or book proposal.
2.      Spend oodles of time (and money, if inclined to take classes) fine-tuning that notorious missive called “the query letter,” one that meets every arcane and immutable demand of the literary agent world (which will require several different versions of said letter).
3.      Diligently research which agents are open to unsolicited queries in your particular genre and note how they like to be approached.
4.      At this point, you should have your Excel spreadsheet out, organizing all the info you’ve gleaned into appropriate rows and columns (you do not want to double submit, for God’s sake, or query someone who won’t read fiction, or—dear Lord, NO—make the mistake of “checking back” if their site says “we only respond if we’re interested”).
5.      Once organized, put together impeccable packages with that perfect query letter and whatever else each specific, individual agent prefers; then judiciously send off in whatever amounts and time increments you see fit.
6.      There. Done.
7.      Then you wait.
8.      And wait.

The seasons turn. You celebrate a birthday. Your sister gets married. The people next door move out. You lose the Oscar pool. Somehow you gain five pounds. You finish your non-fiction piece on elder care. You wait.

Then, oh happy day, you do hear back! From some. Most are quickie email responses: “Thank you, but I’m not the right agent for you.” Some are scribbled notes on your snail-mail queries...same basic message. They might give you some info as to why they’re not right for you (usually not), but whatever you do, don’t write back and ask; they won’t tell you. And they really don’t want you write back, ever. There’s little doubt literary agents are the busiest people in the world. Just not for you.

But, if you’re lucky, you garner a few requests for more (more pages, chapters; manuscripts). You send whatever they request, excited to take that next step, thrilled that your sample chapters grabbed them, your “premise was intriguing,” or your title was “caught their eye.” You send it all off, wishin’, hopin’, thinkin' and prayin’...and then you wait. And wait.

Your parents take that cruise to Greece. You finally learn how to use Illustrator. More of the Arctic Shelf melts. You write another book. Your brother quits school to join a band. You start working out again. Your boyfriend gives you a cordless vacuum for Valentine’s Day. You wait.

And you either hear back on that additional material, that manuscript sent, those extra chapters, or you don’t. Usually you don’t. If you do, you get something like, “I didn’t fall for the writing as much as I’d hoped.” Or, “Given the competitive marketplace, I really have to love a project more than I loved this one.” Or, “You’re just a vapid writer of uninteresting pabulum and unless there’s a vampire, whip-wielding protagonist, or at least one set of six-pack abs in the opening chapter, we’re not the right agent for you.” Okay, probably not so much that last one, but likely some version of...well... some of that. Rejection comes in a wide spectrum of hues and shades.

Then you what? You’ve done your work, learned your craft, spent years honing it to a spit-shine by writing articles, blogs, short stories, screenplays, etc. You’ve gained the expertise to know how to build a crafty narrative, construct a propulsive story arc, and conjure characters that jump off the page. Your dialogue is spot-on, you can make ‘em laugh and cry; your themes are resonating, universal, yet unique, and those who’ve read your work are moved. Your book is loved (certainly by you), and it deserves life.

But you’ve essentially been auditioning for years at this point and, for whatever reasons, the literary agent who is right for you has not materialized. And traditional publishers aren’t all that welcoming to new writers who don’t have one of those. So what are you to do?

You self-publish. You DIY. You grab your destiny by the collar, drag it up on stage, flick on the lights, and let that sucker dance. Like indie filmmakers, indie musicians; indie theater companies, photographers, painters, potters, and mimes (yes, I do know some indie mimes), you take matters into your own hands. You access professional book builders—editors, formatters, proofers, cover designers—and you build the book you loved writing into the book you will love selling, one that looks and feels exactly as it should, just as you want it, with the cover, title, edit, and marketing plan you dreamed up.

YOU STOP AUDITIONING AND YOU GIVE YOURSELF THE JOB: published author.

You deserve it. It feels good, feels right. The sense that you stopped waiting for permission to proceed and just...proceeded. Power to the people!

I know there are countless stories out there about why authors self-publish. Fact is, some never even considered the “traditional publishing audition gauntlet,” choosing, instead, to leap into the indie pool without a second thought. Others straddle both worlds, bouncing back and forth, depending on the book (I believe that’s called “hybrid publishing”). Some would cut off their arm to get a traditional deal; others eschew that path as so much conformist malarkey.

Me? Yep, I finally stopped auditioning and gave myself the job. And it’s been a wild ride of hard work, empowerment, and tremendous satisfaction. Though someone did ask me not too long ago if I’d ever consider a traditional deal for upcoming books. To be honest, I would...if it came to me. I wouldn’t mind having passionate collaborators working alongside me on this journey (because, let’s be honest; it’s hard doing it by yourself!). But I wouldn’t audition for it. That process is not one I could imagine putting myself—or any beloved book of mine—through, ever again.
But whatever way each of our roads turn, however we get to where we’re going, whatever reasons compelled our decisions to independently strike out with work we believe in, how lovely is it that we now have the choice? Auditioning may be a valid option for some, it may still have a place in the publishing industry at large, but it should not be the only game in town. Lucky for us indies, it no longer is.

Lorraine Devon Wilke is a storyteller in whatever avenue of the arts she’s exploring: photography, music, and, of course, her writing. Whether her blog, The Huffington Post, her photography or her original music, her mission is always to find the heart of the narrative. Her debut novel, After The Sucker Punch, and short story, “She Tumbled Down,” were 2014 successes, while 2015 brings the launch of her second novel, Hysterical Love (available at Amazon and Smashwords). Visit her site for all links and info.