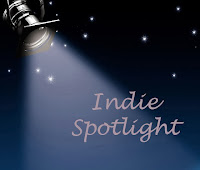 We always say hindsight is 20/20. It's only in looking back in time that we can clearly see the poor decisions we made and play the woulda-shoulda-coulda game with ourselves. "I should have spent more time on..."; "Had I known, I would have done x instead of y"...

In today's Indie Spotlight, author Julie Weinberg looks back at the way she marketed her first book I Wish There Were Baby Factories - a fictional comedic version of her wish to have a baby, leading her on a real life five-year quest through infertility, genetic testing, failed adoption and more. It's a laugh-out-loud compelling debut novel with a voice that has often been compared to Erma Bombeck. This is an essay Juli wrote, detailing her journey to publication and the pitfalls for first time indie authors:


The inspiration for my book was simple.  Getting inspired to successfully market the book, on the other hand, has proved a much more difficult quest.

My passion to write didn’t come about until I achieved my very first career goal.  When I was in the second grade, a local paper published my first, forty-six word “essay” about what I wanted to be when I grew up:  a stay at home mom.  Back in the 70s that was a pretty polarizing theme so somehow a seven-year-old’s dream became newsworthy.  It wasn’t until many decades later, after my stay at home mom dreams came true, that I switched my focus to writing.

My debut novel chronicles my tumultuous journey to becoming a stay at home mom while trying to balance a stressful, fast paced political job.  Originally, the goal of the book was simply to preserve a part of our family history.  I just wanted to get down on paper the story of all I went through to start a family so my kids would know beyond the shadow of a doubt that they were both loved and wanted from the very beginning.

So in between soccer practices and homeroom mom duties, I wrote a book.  Well, I thought I wrote a book, but it turns out an impressive sounding fifty thousand words only qualifies as a pamphlet in some literary circles.  When I found that out, I knew I was destined to find even more nefarious secrets lurking about to smother my writing dream.

I didn’t find out until it was too late that publication of the book (which was ten years in the making) occurred about a year too soon.  Among my duties as a self-published author I also would be required to (or hire someone else to) design a website, create a blog, tweet regularly, maintain a “strong presence” on facebook, find out what maintaining a “strong presence” on facebook meant, self-promote, market, self-promote and market some more.

I should have submitted the book for professional reviews as soon as I finalized the manuscript.  I should have been planned a fabulous “launch party” with food and an open bar so all my friends and family could buy the book on one day, boost sales, and be pressured into writing the all important Amazon reviews on the spot.

While I had a personal Facebook page to reunite with old friends, I never tweeted nor linked up (or in) in my life.  Constantly posting “fun facts” or relevant current event tie-ins about my book seems onerous—both on me to come up with ideas and to my friends who are sick of hearing about the book.  While I now have close to 300 Linkedin business acquaintances, I wonder if they would have accepted my invitation if they had known marketing a book to them motivated the request.

Maybe if I had signed with an agent it might have gone better.  But getting an agent proved just as hard as getting a traditional publisher to look at the manuscript.  Unless I knew someone (which I didn’t) or knew someone who knew someone (ditto) I was officially on my own.

When the goal was simply to record a family history, none of that mattered; but now I find myself becoming the tiger mom to my book that I had tamed for my own children.  I let them choose their own path to happiness.  Success for the book, on the other hand, has morphed from merely getting the words bound onto paper to selling thousands of copies.

Because I know absolutely nothing about it, stepping into the marketing side of publishing feels overwhelming.  Writing the book never felt like a chore, never felt scary, never kept me up at night wondering if I should give it up because of a bad start.  “If only I had known!” plays through my mind now each time I discover something I should have done eons ago to ensure the success of my book.

But, we live and learn.  Sales have been slow given the zero-percent effort previously afforded to marketing and I’ve accepted that. After all, it took about twenty years to realize my first dream so I can be patient and spend the next twenty working on my second.

Julie Weinberg left behind the calm of her childhood upbringing in Overland Park, Kansas when she followed her dream to live, work and breathe politics by attending American University in Washington, DC. Never looking back, she worked as a lobbyist on Capitol Hill before jumping ship to state politics with the Maryland General Assembly.  Her K-12 education policy expertise helped her in the political arena and eventually as a mom, too. An avid Baltimore Ravens fan and dedicated soccer mom, Julie and her family live in beautiful Potomac, MD.

For more information about Julie Weinberg please visit: http://julieweinbergbooks.com or connect with her on Facebook: https://www.facebook.com/pages/Julie-Weinberg
Posted by TNBBC Super Mod at 5:00 AM