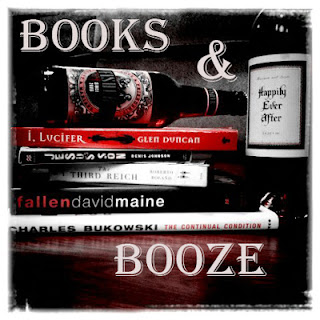 
Camilla's Guide to Who Drinks What

My novel, Pictures at an Exhibition, has two settings. One is contemporary London, and one is the London of the Second World War.  Both have their drinks to match.

The story for Claire, my contemporary heroine, begins with her marriage is already falling apart. But there are plenty of hints that they were once happy together. She and her husband, Rob, felt the first flush of mutual attraction when they were students, and I can imagine them huddled at a table in the corner of the student bar drinking pints of cheap cider in plastic glasses and sickly shots in any number of lurid colours while planning their lives together.  Over time, they pass through wine-tastings on their travels to California and South America (Chardonnay and Chilean Merlot respectively), expensive champagne on the day they got engaged and slightly cheaper cava on their wedding day.  With the honeymoon two years behind them, they have slipped into the regular routine of a glass or two each night of whatever is on special offer at the supermarket.

Claire suffers a terrible tragedy in the book, and as a result becomes a gin and tonic character:  She acquires the bitterness of juniper berries, along with the sharpness of lemon and the coolness of ice-cubes. But, like the best gin and tonic, she remains complex and compelling.  Rob has got too busy with work over the years and become somehow more corporate in attitude, a glass of Cabernet Sauvignon  – reliable but not always exciting.

Daisy is my war-time heroine. She is younger than Claire, just starting out in life, and looking to see if she can find some fun even in the midst of conflict. She is definitely a ginger ale character – sweet and bubbly but with a peppery kick when you get to know her.  Daisy falls in love with war artist Rob, who thinks himself a little older and wiser than her. His idea of a perfect evening out would be drinking beer (most likely watered down) in the pub with a crowd of fellow creative types, talking about the next best thing.  He likes a whiskey too;  there’s nothing better to drive fear away on a cold, clear night when the air-raid sirens are almost certain to sound than that burning at the back of the throat. Put Daisy’s ginger ale and Rob’s whiskey together, add some ice for sparkle and you get a highball - by coincidence one of the most popular cocktails of the war-time era.

Camilla Macpherson is a writer and a lawyer. She lives in London with her husband and daughter.  Her debut novel, Pictures at an Exhibition, is published by Random House and is available from Amazon, on Kindle and from all good bookshops.  Find out more about Camilla and her novel at www.camillamacpherson.com.
Posted by TNBBC Super Mod at 5:00 AM