Audio Book Review: Above All Men 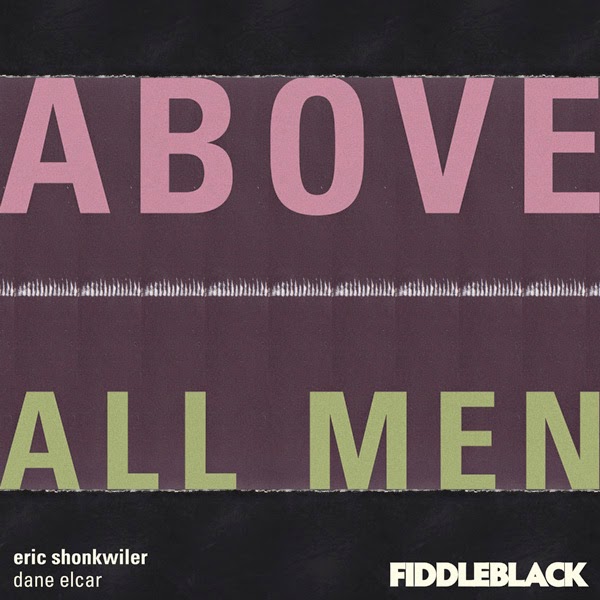 Last January, I read Eric Shonkwiler's Above All Men and though it was the first book I'd read that year, and I was barely a quarter of the way through it, I had already named it an early favorite of 2014. The writing was phenomenal. Shonkwiler's sparse prose moved patiently across the page, building tension as it went, as raw and cutting as the dust storms that plagued his characters in this "apocalyptic western" debut. Nothing I read in the following eleven months even came close.

So you can imagine my hesitancy when I heard Fiddleblack was recording an audio version. I remember thinking that this could go very, very badly. Of course, there was an equal chance that it could go very, very well too, but I've always tended to be more of a pessimist with these sort of things. I am, admittedly, an extremely reluctant audio book listener. My weekend work commute, and my desire to "read" more books each year, eventually convinced me to give audio books a try.

Some narrators - like Ron Perlman (City of Thieves), Will Patton (the Dennis Johnson books), and Wil Wheaton (Ready Player One) - blew me away instantly. It was their interpretation of the words they were reading, the way they managed to make those books their own. Their voices were smooth, clear, and easy to listen to. When they read, it no longer felt like words written on a page. To be honest, they could read the phone book out loud and I'd probably be sitting there, listening with bated breath.

More commonly, though, I find quick fault with audio book narrators. I simply can NOT listen to English or British narrators. There's something about the accent, it  distracts me and I just can't concentrate. Sometimes the narrator's natural reading voice irks me. Or their "female" voices sound phony and whiny, or flat and nasally. Or the narrator is a deep breather. If I can hear every intake of breath, I'm done.

In the case of Dane Elcar's narration of Above All Men, I immediately struggled with his reading voice. I've recently listened to him conducting a podcast interview ( with Eric Shonkwiler, no shitting!) and I noticed that his speaking voice differs slightly from the one he uses when narrating. When reading, Dane has a very subtle uptick at the end of most of his sentences that I didn't notice when he was just shooting the shit. I quickly picked up on this and once I noticed it, I could not stop noticing it.

In moments of wonder and excitement, and fear and tension, I also picked up on Dane's odd habit of shaking his voice and raising it into a loud whisper. I think that actually bothered me more than the questioning sound of his sentences.

The voices he chose for the characters were different than what I had assigned them in my head when I first read the book, but we all struggle with that, don't we?  When we watch our favorite books become movies? We boo the big screen when we see who was cast and think "no! no no no nooooo! They got it all wrong!"

I know how this sounds. It sounds like I'm saying that Dane is a horrible narrator, and he's not. You have to understand that a big part of my overall struggle with the audio book comes from the fact that I had read the book first. I read the book, I had ALL THE FEELS with the book, and no narrator was ever going to do it justice. I had already made up my mind, without really be aware of that.

I almost NEVER listen to a book I've read. I'll listen to the audio, or I'll read it, but I don't make a habit of doing both. Though the words on the page don't change, the feel of it does when the words are being handled by someone else. Somehow, sadly, Shonkwiler's prose lost its luster.

Above All Men is just a book better read than listened to.