Colin Barnes' Would You Rather

Colin Barnes'
Would You Rather 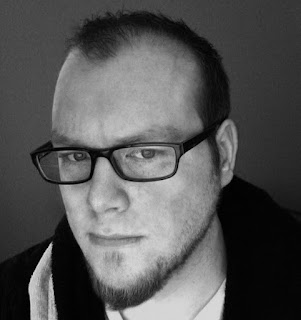 Would you rather write in an isolated cabin that was infested with spiders or in a noisy coffee shop with bad musak?
Ooh, difficult choice! I hate both spiders and musak in equal measure, but, as I don’t like the smell of coffee either I’d have to choose the cabin—and hope I’m not brutally murdered by a ghost/axe murderer/teen.

Would you rather write the best book of your career and never publish it or publish a bunch of books that leave you feeling unsatisfied?
I’d rather be unsatisfied that I’ve not written the best book of my career because even inferior works are more satisfying artistically if they’re actually being read. An unread book is the proverbial tree that makes no sound if there’s no one to hear it.

Would you rather have everything you think automatically appear on your Twitter feed or have a voice in your head narrate your every move?
I’d go with the narrator for the same reasons I’d understand my thoughts: I’d find that far more tolerable than exposing my thoughts to the general public on Twitter, of which I’m not a huge fan of generally.

Would you rather your books be bound and covered with human skin or made out of tissue paper?
It depends on the human and how the skin was harvested. If the person wasn’t a Nazi or some other hideous individual and the skin was donated after death to be used then I could live with that. If I had no choice in where the skin came from then ethically I’d have to go with tissue paper—but then thinking about it, I suppose neither would matter too much as I mostly read ebooks these days.

No one to show up! I wouldn’t wish my naked form on any member of the public.

Would you rather give up your computer or pens and paper?
It’s awfully sad to say but I would give up pen and paper before the computer, but that’s only because I use my computer for so many things, many of which are key to my social life. Losing that kind of contact with my friends and readers would be a terrible loss. Saying that, I do still write a lot long hand. Ultimately, though, I couldn’t be without my computer—because how else would I be able to play Civilization?

This is a tricky one as I don’t have one favourite novel (I have many!) but assuming I did, I think I would have to choose the audio. Although that would likely drive me mad after a while I don’t think I could put up with the pain of the tattoos, and the results would scare small children.

Would you rather meet your favorite author and have them turn out to be a total jerkwad or hate a book written by an author you are really close to?
Definitely the latter because that’s already happened! It’s much easier to live with that than having one’s idol turn out to be the devil—which is why I have no intentions of meeting my favourite authors or musicians/actors etc. Meeting an idol is always fraught with danger.

Would you rather your book have an awesome title with a really ugly cover or an awesome cover with a really bad title?
The graphic designer in me (a previous career) would go with the awesome cover; a great image can often negate a bad title. Unless it was really awful and had Hitler or something in it… then we’d have to have a chat about it.

Would you rather write beautiful prose with no point or write the perfect story badly?
Perfect story every time! I do love and appreciate great prose but for me it’s the message that is the most important, not necessarily how it’s delivered. The message/story will be remembered far long after the beauty of the prose has worn off.

Would you rather write only embarrassingly truthful essays or write nothing at all?
I’d take the essays as I could always deny they were about me!


Instant best seller please. Once I’m gone I don’t think I’ll  be caring too much. A bird in the hand is better than two in the bush.

Colin Barnes has been writing seriously since 1996. He attended the London School of Journalism to study creative short story writing, and studied for an English degree with the Open University. He's a member of the BSFA and SFWA and considers himself a ‘hybrid’ author: one who runs their own publishing company (Binary Books Ltd) and writes for traditional publishing houses/imprints. To learn more about Colin and his latest novel Salt, visit http://www.colinfbarnes.com/
Posted by TNBBC Super Mod at 5:00 AM