Andrez Bergen is back on the blog! I love this guy and I have to admit, I'm a bit in awe of him as well. He never seems to stop writing!

Andrez is here today to tell us about his new comic book Bullet Gal, and the kickstarter his publisher created to support its production. Check it out:

How on earth did a one-off twelve-page comic book sink into the depths – if not despair - of 300 pages?

Funnily enough, though I’m the culprit concerned, I have no canny response to chuck back at you here. No tale of literary and/or artistic derring-do, zero to say about grand plans or ulterior plots. It just happened.

I think I need to begin at, well, the beginning. Best place, unless you’re up to surreal tricks and prefer to bamboozle the innocent.

Earlier this set I polished off a graphic novel called Tobacco-Stained Mountain Goat (you can even read about that here at TNBBB: http://thenextbestbookblog.blogspot.jp/2014/05/indie-spotlight-andrez-bergen-and.html), and I managed to get financing at the same time for publication of that 144-page beast via Kickstarter.

Once I finished the tome, however, I was at one of those loose ends that pop up – between novels, and with a wee bit of spare time on my hands. So I chose to continue the sequential flow by creating a mini-comic titled Bullet Gal.

This was ostensibly based around one of the characters from my 2013 novel Who is Killing the Great Capes of Heropa?, but I decided to make it a prequel that bounced straight out of the pages of my last novel Depth Charging Ice Planet Goth (which Lori kindly reviewed here: http://thenextbestbookblog.blogspot.jp/2014/05/book-review-depth-charging-ice-planet.html). 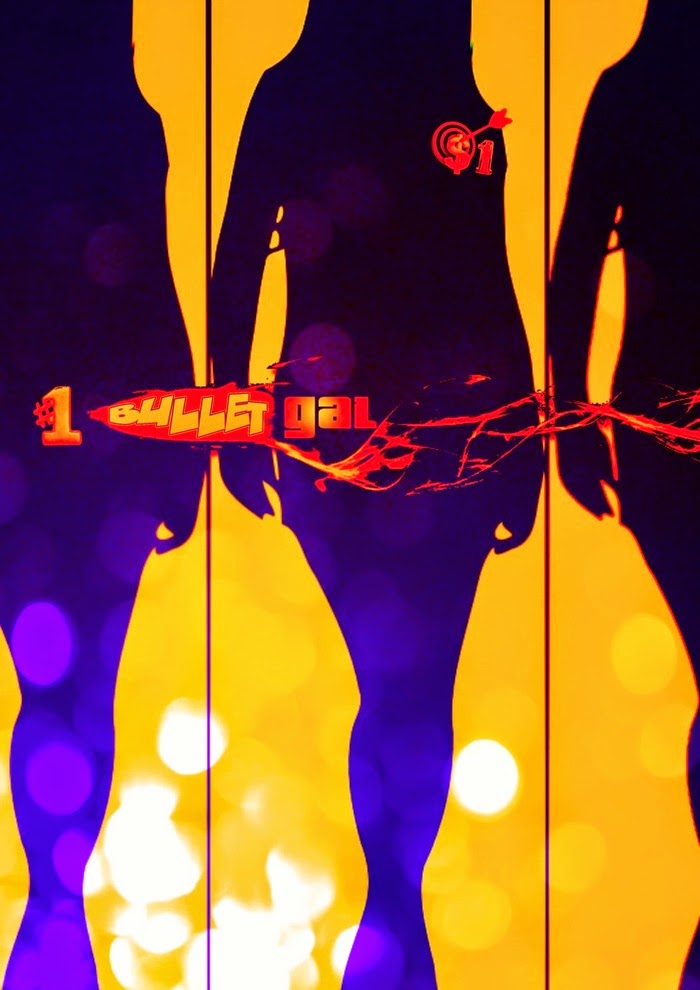 Long story. I’d prefer not to bore you, since quite honestly I can’t recall why I did it. For fun, perchance?

Anyway, this was supposed to be a minor experiment in style and fusion. Namely, taking one set of things I love – hardboiled pulp and crime stories – and applying them to another I dig – sci-fi. Via Dada, classic 1940s film noir and the American comic books that have influenced me. Think silver age Jack Kirby and Jim Steranko right through to contemporary artists and writers like Ed Brubaker, Steve Epting, Alan Moore, Frank Miller, Matt Fraction, David Aja and Sean Phillips.

Thing is, I got hooked – and a few months down the line was wrapping my twelfth issue, which was the conclusion to an even dozen story arc that was written and conjured up visually on the fly, and printed monthly in Australia via IF? Commix… in very limited numbers that were never going to barnstorm the rest of the globe.

The other thing I hadn’t accounted for was how much other people dug what was, in effect, a very self-centered series. The critical reaction, and that of a growing number of fans, kind of took us all by surprise, and ended last month with North American indie publisher Under Belly (http://www.underbellycomix.com/) offering a deal to publish the entire series as one book. One of those glossy comic book trade paperbacks that I previously thought only Batman and Captain hung out in.

My response required thought – about one second’s worth, while I whooped a bit – and then for the cover I asked one of my favorite artists, Niagara Detroit, to do something. And she said yes. Which floored me again.

Anyway, back to the here, the now, and the why of this piece?

In order to fund their publishing costs, Under Belly run Kickstarter campaigns to foot the bill and get independent projects on the road out there into readers’ hands. I love their philosophy and the way in which they champion underdogs like Bullet Gal, so if you’re still interested in finding out more, you can check out this particular Kickstarter campaign at: https://www.kickstarter.com/projects/underbelly/bullet-gal

The video clip they created for said campaign is worth the price of admission alone – which, anyway, is free to take a peek. It’s like John Huston grappling Robert Rodriguez’s visual excesses, Raymond Chandler indulging in bar room script-writing fisticuffs with Philip K. Dick.

They even conspired to make my art look good. 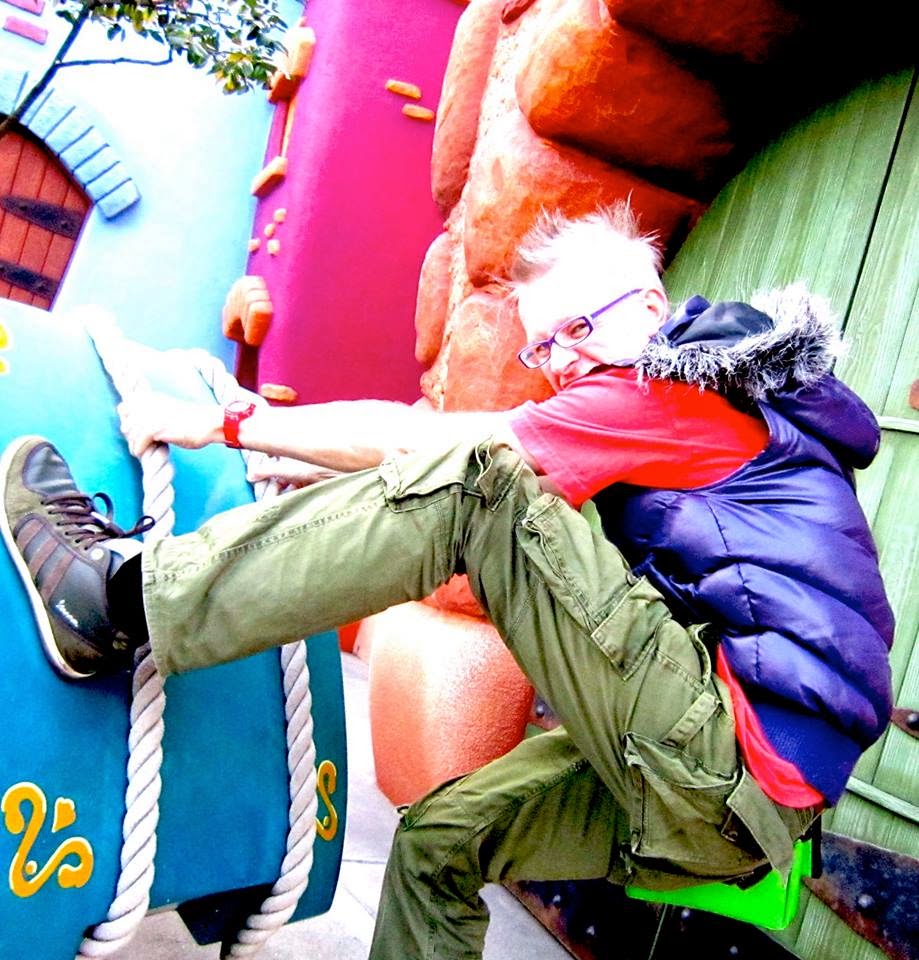 Andrez Bergen is an expat Australian author, journalist, DJ, comic book artist, and ad hoc saké connoisseur who’s been entrenched in Tokyo, Japan, for the past 13 years. He makes music as Little Nobody and previously ran groundbreaking Melbourne record label IF? for over a decade, before setting up IF? Commix in 2013 in collusion with Matt Kyme. The duo do a comic book together titled Tales to Admonish.
Bergen has also written for newspapers such as The Age and the Yomiuri Shinbun, as well as magazines like Mixmag, Anime Insider, Australian Style, Remix, Impact, 3D Worldand Geek Magazine.
He's published four novels: The noir/sci-fi novel Tobacco-Stained Mountain Goat (2011), surreal slipstream/fantasy One Hundred Years of Vicissitude (2012), comic book, noir and pulp homage Who is Killing the Great Capes of Heropa? (2013), and the gothic-noir mystery Depth Charging Ice Planet Goth (2014).

Bergen is current working on novel #4 (The Mercury Drinkers). In 2014 he unveiled his first graphic novel, a 144-page adaptation of Tobacco-Stained Mountain Goat that Bergen both wrote and illustrated, along with the brand new monthly comic book series Bullet Gal. He's further published short stories and sequantial yarns through Crime Factory, Shotgun Honey, Snubnose Press, Solarcide, Weird Noir, Big Pulp, 8th Wonder Press and All Due Respect, and worked on translating and adapting the scripts for feature films by Mamoru Oshii (Ghost in the Shell), Kazuchika Kise and Naoyoshi Shiotani, for Production I.G. http://andrezbergen.wordpress.com
Posted by TNBBC Super Mod at 5:00 AM