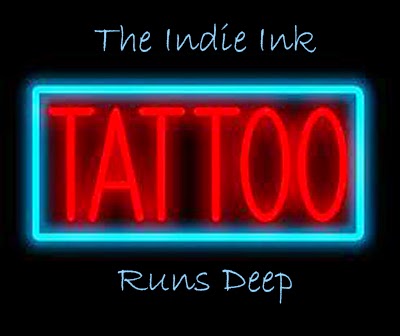 Today's ink story comes from Stephen Kozeniewski (pronounced: "causin' ooze key"). Stephen lives with his wife and two cats in Pennsylvania, the birthplace of the modern zombie.  During his time as a Field Artillery officer, he served for three years in Oklahoma and one in Iraq, where due to what he assumes was a clerical error, he was awarded the Bronze Star.  He is also a classically trained linguist, which sounds much more impressive than saying his bachelor’s degree is in German. Like him on Facebook, follow him on Twitter, see what he reads on Goodreads, and see what he writes on his blog. 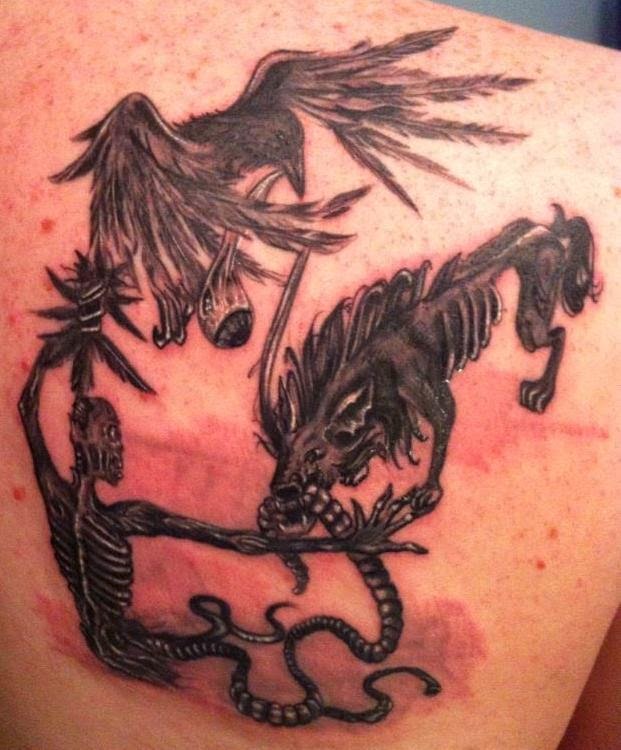 
I'm not, by nature, a prideful guy.  But in the middle of having this piece done I asked my tattooist (the wonderful Emily Asylum of 717 Tattoos Mechanicsburg) what the craziest tattoo she had ever done was.  She paused for a moment before thoughtfully concluding, "This one" and I was filled with an overwhelming sense of pride.
Posted by TNBBC Super Mod at 5:00 AM