It's the third installment of our four-part author interview series! We partnered with Cobalt Press, a brand spanking new small press publisher, to help spread the word about their kickstarter event for FOUR FATHERS, a collection of fatherly essays and stories by contributing authors Tom Williams, Ben Tanzer, BL Pawelek, and Dave Housley. (The kickstarter event closes on Monday. Feel free to check it out and if you are so inclined, throw a few bucks at it. You know you want to. Would I steer you wrong?) 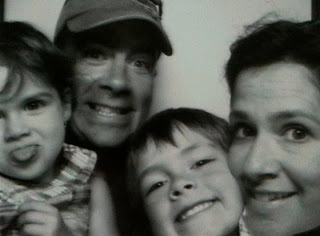 Tom Williams: Who were some important dads in your life?

BL Pawelek: When it comes male/fatherly influences in my life, there are really only two: writers Edward Abbey and Charles Bukowski. I first started reading them when I was 20, and I stuck with both of them for the next 15ish years. For me, that was a crucial timeframe of growth and development.

Both writers had many, many positive and negative aspects. Both of them were great examples of what a man/father could be, as well as should not be. I took bits and pieces of both of them to start growing into the father I am today.

I try to thank them every opportunity I get.


TW: What, if any, impact has fatherhood had on your writing life?

BP: For me, the biggest impact was in added/different subject matter. I am a huge “write what you know” type of writer. Before children, my writing was squarely centered in hiking, adventure, or nature writing. With the birth of my kids, it all changed. Almost all of my writing, and certainly some of “the best”, has something to do with my family.


TW: How do you do it all: husband, father, writer, wage-earner, triathelete?

BP: Well, out of all of them, the writer takes a back seat. The writing only happens when there is extra time and some motivation, which does not happen often lately.

As for the rest, I really think they aim toward the same goals: a successful and loving family.

As a husband, I truly believe I am the first and most important example of what a husband is supposed to be like to my son and daughter. An example of how a husband should treat and support his wife.

As a wage-earner, I have been so lucky and fortunate to have an awesome career in communications that is flexible and family friendly. Although I have been tempted with other “better” jobs, I have always declined for the fringe benefits of walking my kid to the bus stop, school lunches, and gymnastics practice.

As for the athlete, to be frank, I want to be as healthy as I can to stick around with my family. So I run a lot, and I hike a lot, and bike a lot. Plus, I actually really like to do those things, and I am a bit of a competitor.

Also, the honest truth. I could not do any of this well if I did not have an awesome wife, partner and love.


TW: Of we four, you're the only one with a daughter: is your dadhood any different with the boy and the girl?

BP: Completely different, mainly because they are different children with very different personalities, traits, and interests. However, it is the little things that make the biggest differences. For example, while I am writing this, my daughter is sitting on my feet, brushing her dolls hair, asking me if it is ok if we name her “Tangled” because her hair is so tangled, waiting for her mom to paint her nails. Her brother is doing what I did as a child – watching Spiderman after wearing himself out playing outside.

One of the best things about raising a daughter for me was that I knew absolutely nothing about it. I was one of three boys in my family, raised mostly with boys in the neighborhood. It wasn’t until I was 40 that I started watching the Disney movies with my daughter, realizing the differences between Sleeping Beauty, Snow White and Cinderella – which eventually became some of the subject matter of my writing for this project.