It's a great day for some Indie Book Buzz here at TNBBC. Over the next few weeks, we will be inviting members of the indie publishing houses to share which of their upcoming 2012 releases they are most excited about!

What it’s about
Adamine Bustamante spends the first part of her life in a Jamaican leper colony. Raised by the lepers and their caretaker after her mother died in childbirth, Adamine possesses the gift of “warning,” or prophesy. After a short and fairly idyllic time spent living with a revivalist church group, Adamine is married off to a church member who’s living in . Upon arriving, she discovers that not only is her new husband not everything she’d imagined, but that her visions are taken for mental illness in the “civilized” streets of England. What follows is a remarkably beautiful story in which Adamine, now an older woman recounting her life, must fight for the truth with the mysterious “Mr. Writer Man.” But what Adamine doesn’t know is that Mr. Writer Man has a tale of his own to share, one that will cast her life in an entirely new light.

Why you should read it
The Last Warner Woman is the sort of book lots of people can enjoy on different levels, and Kei has a way of painting Jamaica through sights, sounds, and dialogue that’s nothing short of transporting. But I think bookish types in particular will fall in love with this title because in large part it’s about the power inherent in storytelling and language. In this book, the difference between calling someone a prophet or a lunatic has enormous and lasting implications; entire lives are shaped by particular names, words, and stories. It brilliantly captures just how high stakes the stories we humans tell each other and the words we use can be, which is a concept book lovers understand intuitively—the old rhyme about words not being able to hurt you isn’t entirely true, and to me, there’s something terrifically exciting about that. 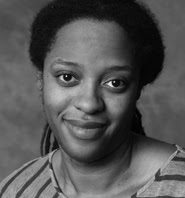 Bio
Anitra Budd is the managing editor at Coffee House Press, where she has worked with Kirsten Kaschock, T. Geronimo Johnson, Laird Hunt, R. Zamora Linmark, and Karen Yamashita, among others. In addition to acquiring and editing fiction, Anitra specializes in herding cats (also known as managing the editorial schedule). In the remaining days before her impending due date (April 3!), Anitra’s hoping to finally finish the last few chapters of Haruki Murakami’s riveting Underground, but she’s not holding out much hope. You can find her on Twitter at @anitrasb and occasionally chiming in on Coffee House’s Facebook page.

So what do you think guys? See anything that catches your eye? Which of these things are you most excited to see release? Help TNBBC and Coffee House Press spread the buzz about these books by sharing this post with others!