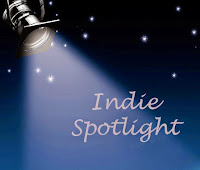 Here at TNBBC, we love to tug at the sleeves of the authors who pitch us, suggesting they tell us the story behind the books they wrote, the inspiration for it... and we love it even more when they reach back out to us when their next release approaches.
The essay I'm about to share with you, by Jeannine Hall Gailey, showcases what it's like graduate from "finalist" and finally win the poetry book contest!

Winning a Poetry Book Contest
(on my Fifth Book)

How Did Winning a Book Contest Differ from Publishing from “Open Submissions Periods” with Indie Publishers?

Yes, I’m at that age where I’m publishing not a first book, not a second book, not even a third – but a fifth poetry book. And although several of my previous books were finalists (some many times) for book contests, this, my fifth book – at age 42 - was the first time I’d won a poetry book contest.

I have to admit it was nice, after being a finalist again and again, after years of saying “There’s no difference between publishing through a contest and publishing through open submissions,” to have the opportunity to actually find out for myself if what I was saying was true.

So, how big a difference does winning a poetry book contest make? Is it actually that different from publishing the regular way – sending to a press during an open submission period? No magic doors opened because I won a book contest. I didn’t suddenly become a household name, even just among poets. I didn’t land the cover of Poets & Writers Magazine because of it. 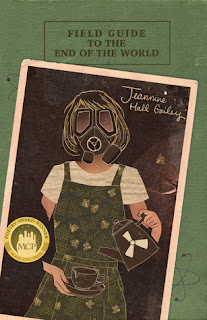 But I won a contest! I have to say it was a good feeling to get the call, and the editors were very enthusiastic and excited about the book, Field Guide to the End of the World.  They announced the winner (me) on social media. That felt nice. There was also prize money involved, $1000. Not enough to live on, no. But this was the first time – except for Kitsune Books, which paid me a couple of hundred-dollar advance for She Returns to the Floating World – that I’d ever gotten money up front for a poetry book. (Just for the sake of total disclosure, I had been paid an advance in the thousands for a technical book I’d published years before as a technical writer. Ah, tech books! I don’t miss writing them at all!)

What else was different? The contract with the press was actually pretty standard, except the number of author copies, which was higher than usual.  All my presses had around the same royalty rates and author discounts (some slightly higher or slightly lower) but let’s put it this way – no one, not the publisher or the author, is getting rich off of poetry books. It’s always nice to get a royalty check for your book – a year or two down the road – sometimes enough to buy lunch with, sometimes enough to buy an outfit and groceries. (Like I said, not getting rich on poetry book sales.)

Moon City Press had some niceties that I wasn’t used to - like a proofreader separate from the editor, or myself – and more than one person working for the press at the same time. (A lot of small indie poetry publishers are one-to-two person operations, which means everything falls on the back of sometimes just one person. Which is bad if someone – like my dear publisher at Kitsune Books – falls ill. A press with more than one person means that they can share the workload, have someone help them out if they get sick, or take something to the mailbox for the other person – believe me, that help makes a bunch of difference.)

Tomorrow, September 1, is the day my book is officially “Released.” ARCs have been sent out by the press ahead of time. I haven’t yet gotten my check, but my author copies have arrived safely. I don’t know that my expectations for how the book will garner media attention, or sell, are any different for this book – that won a contest – versus my previous books. I can always hope!

So, would I change my advice? I don’t think so. Winning a contest is great, but the most important thing is finding a press you believe in and an editor that cares about getting your work out to an audience. To those looking to publish a first book of poetry – go ahead and send to those numerous contests, but do send to open submissions periods as well, especially those without fees. And be sure to read a few books from the press first. That’s what attracted me to all of my presses – the work they had previously published (except for New Binary Press, which was brought to my attention by a tweet from Margaret Atwood. Hey, if Atwood likes you, you’re probably all right, was my logic!)  Of course, it’s always nice for your CV (or ego) to have “contest winner” before your name, but the relationship with the people at the press will always come first for me. 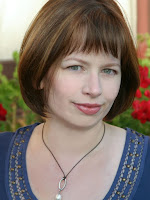 Jeannine Hall Gailey served as the second Poet Laureate of Redmond, Washington. She is the author of five books of poetry: Becoming the Villainess, She Returns to the Floating World, Unexplained Fevers, The Robot Scientist's Daughter and the winner of the 2015 Moon City Press Book Prize for Poetry, Field Guide to the End of the World, due out at in November 2016.  Her poems have been featured on NPR's The Writer's Almanac and Verse Daily, as well as in collections like The Best Horror of the Year and The Year's Best Fantasy and Horror. Her web site is www.webbish6.com. You can follow her on Twitter @webbish6.
Posted by TNBBC Super Mod at 2:36 PM