What belongs in the Funhole?


It’s a hole in the floor of a crappy little nondescript storage room in a crappy and nondescript building. It’s the Funhole, the calm, terrible, inexplicable hole that ignites and drives the story of The Cipher, my latest—and also my first—novel.

A word of explanation: The Cipher was originally published as the lead title for an experimental and ass-kicking line of horror novels back in the day (1991!), and has just been reissued by the mighty Meerkat Press for a (w)hole new generation of readers. But the Funhole, which lies, literally, at the heart of the story, has been there all along.

“It was of no one’s making, not a thing like that . . .Pure black and the sense of pulsation, especially when you looked at it too closely . . . Its edges were downhill, and smooth. They asked for touch.” In the course of the story, every item put into the Funhole by hapless Nicholas and unstoppable Nakota comes back altered in unpredictable ways; I’ll leave it to you, if you’re curious, to find out what those items were, and what they turned into. And what happened to Nicholas and Nakota, and to their interested, greedy, helpless friends.

But what else could they have dropped, or lowered, or introduced into that pulsating dark? What would you put down there? It would be almost impossible not to try. Curiosity is like an itch, it’s hard to stop scratching, once you start.

So how to start? Maybe with something easy, something already in that storage room—a push broom, maybe. Hold the handle, poke the bristles into the hole. But what if something tugs back?

Maybe an empty bottle, or a can? How about a full one? How about a high caliber energy drink? Monster energy, ha ha. If it comes back opened, would take you take a sip?

How about a pocket knife?

How about a bread knife?

How about a gutting knife?

How about your phone? Would you want it close to your face, afterward? What if there are photos on it, now, that you never took?

Or how about a book? Would the pages come back wet? or singed? or bare of words? Or with an entirely new story inside? And what would happen to you if you read it, if you put that story inside your mind?

Curiosity is a terrible thing. 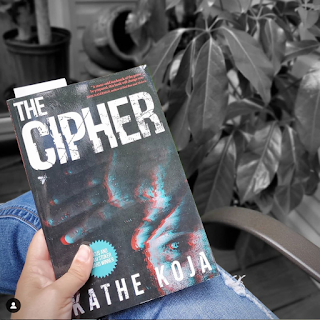 Winner of the Bram Stoker Award and Locus Awards, finalist for the Philip K. Dick Award, and named one of io9.com's "Top 10 Debut Science Fiction Novels That Took the World By Storm." With a new afterword by Maryse Meijer, author of Heartbreaker and Rag.

"Black. Pure black and the sense of pulsation, especially when you look at it too closely, the sense of something not living but alive." When a strange hole materializes in a storage room, would-be poet Nicholas and his feral lover Nakota allow their curiosity to lead them into the depths of terror. "Wouldn't it be wild to go down there?" says Nakota. Nicholas says, "We're not." But no one is in control, and their experiments lead to obsession, violence, and a very final transformation for everyone who gets too close to the Funhole.

Kathe Koja writes novels and short fiction, and creates and produces immersive events. Her work has won awards and been multiply translated and optioned for film. Her most recent books are VELOCITIES: STORIES and THE CIPHER, from Meerkat Press. 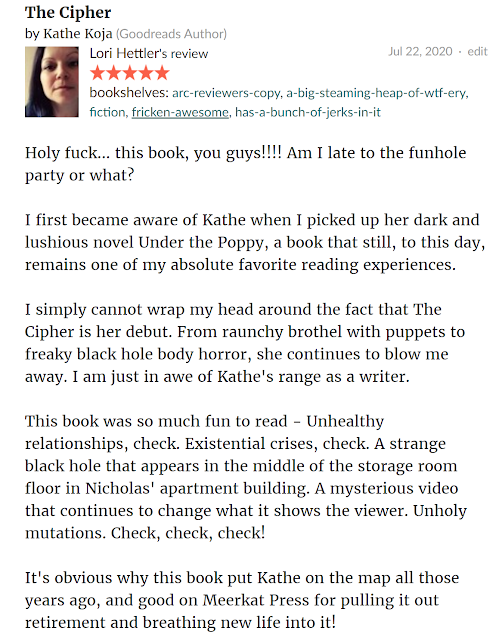