R. J. Erbacher 's Would You Rather


R. J. Erbacher's
Would You Rather 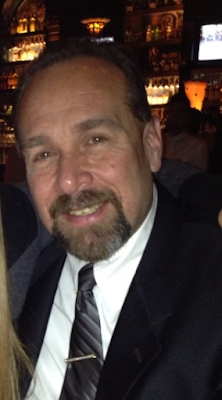 Would you rather start every sentence in your book with ‘And’ or end every sentence with ‘but’?
And that would be my way of keeping you wanting more; effective, anticipatory, inclusive but…

Would you rather write the best book of your career and never publish it or publish a bunch of books that leave you feeling unsatisfied?
Neither of these sounds very good but I suppose that’s the point of these questions to gauge what the lesser of a person’s two evils are.  I think I would have to publish and be unsatisfied just to be satisfied.  A great book that sits in a locked draw, no matter how glorious it is, would never satisfy me.  I don’t think it would for most writers.  To feel that I’ve reached people and accomplished a goal, someone would have to read it other than me.

Would you rather have everything you think automatically appear on your Twitter feed or have a voice in your head narrate your every move?
The voice in my head already does that.  Doesn’t everybody’s?

Would you rather your books be bound and covered with human skin or made out of tissue paper?
Oh, human skin sounds fascinating.  Have you read my stories?

Would you rather read naked in front of a packed room or have no one show up to your reading?
Unfortunately I’ve already experienced the latter so I’d go for the first.  Ten seconds after I walked out on stage naked there would be no one there anyway.

Would you rather your book incite the world’s largest riot or be used as tinder in everyone’s fireplace?
I don’t think either will happen though I’d be okay with both.  If everyone was tossing it in the hearth I’d be selling an awful lot of copies.  If I was inciting mob scenes at least I’d be topical and controversial and newsworthy.  If you put a gun to my head for a decision I’d don the riot gear and head out into the fracas.

Would you rather give up your computer or pens and paper?
Easy, the computer.  Once the electrical apocalypse happens we’ll only have pens and paper anyway.  That’s still actually how I do most of my writing.

Would you rather have every word of your favorite novel tattooed on your skin or always playing as an audio in the background for the rest of your life?
I actually enjoy listening to books on CD’s so I would approve of the articulating sound track and I’ve already explained about my nakedness repulsion, covering it with tattoos won’t help.

Would you rather meet your favorite author and have them turn out to be a total jerkwad or hate a book written by an author you are really close to?
I think most writers are already jerkwads, damn I know I am, so that wouldn’t be much of a shock.  It think it would also be very hard to remain close to someone whose work I can’t stand so that defines that question.   Besides Stephen King is my favorite author and if I got to meet him I could care less if he was a serial killer.  Wait, maybe he is!

Would you rather your book have an awesome title with a really ugly cover or an awesome cover with a really bad title?
I feel strongly that a good cover will draw the potential reader into taking a peek at your words and then you have the opportunity to hook them.  A great title is not going to win them over if the cover looks like crap.

Would you rather write beautiful prose with no point or write the perfect story badly?
I think I’ve done both.  As far as prosperity sake goes a bad perfect story will endure over stylish fluff (won’t sell as many copies though).

Would you rather write only embarrassingly truthful essays or write nothing at all?
All of the stuff I write has some form of my embarrassing life in it somewhere so I’m used to that.  To not write at all would be like being in a vegetative state.


At this point I’ll take either.  Please!  I suppose I would like to be remembered in the long run as someone who made a difference even if it was in a small way to a limited group of people.  I would still take the fleeting best seller though.  Please!

~~~~~~~~~~~~~~~~~~~~~~~~~~~~~~~~~~~~~~~~~~~~~~~
R. J. Erbacher has been writing for over forty years, mostly for his own satisfaction.  He wrote, edited and published “Warrior Poets: The Magazine of Medieval Poetry” in the mid 90’s.  His first book “Coffee and Fate” was published in 2010 in limited release and was adorned with unanimous book blogger praise.  His new novel “Love Letters and other Passages of Darkness” is a collection of Dark Drama Short Stories.  He lives in Long Island, New York with his wife of 33 years and three daughters.  Someday he hopes to be a real writer.
Posted by TNBBC Super Mod at 6:51 AM