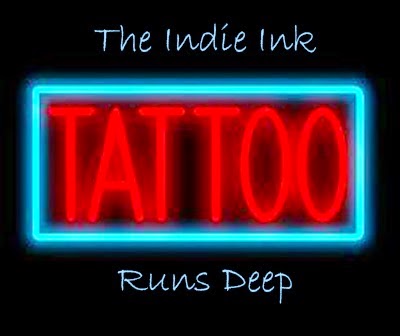 Today's ink story comes from Stevie Edwards. Stevie is a poet, editor, educator, and an advocate for mental health awareness. She is currently Editor-in-Chief at Muzzle Magazine, Acquisitions Editor at YesYes Books, and a Lecturer at Cornell University. Her first book, Good Grief (Write Bloody 2012), won an open manuscript contest and received two post-publication awards, the Independent Publisher Book Awards Bronze in Poetry and the Devil's Kitchen Reading Award from Southern Illinois University - Carbondale. Her poems have appeared in Verse Daily, Rattle, Devil's Lake, Indiana Review, Salt Hill, and elsewhere. She holds an MFA in creative writing from Cornell University and a BA in economics and English from Albion College. Her second poetry collection, Humanly, was released in March 2015 by Small Doggies Press: http://www.smalldoggiespress.com/featured-slider/humanly-stevie-edwards/

I have several tattoos: orchids on my ribs, a map of the Great Lakes on my back, a CTA transit map on my foot, an EKG over my heart, the ending of the poem “Won’t You Celebrate with Me” by Lucille Clifton on my forearm, three circles on my wrist, and the word “Feral” on my neck. I guess I’d better never commit a crime because I’m pretty easily identifiable. Like every good bleeding heart indie girl, all of my tattoos have stories and are very meaningful to me. I’m going to tell you the story of the biggest one: 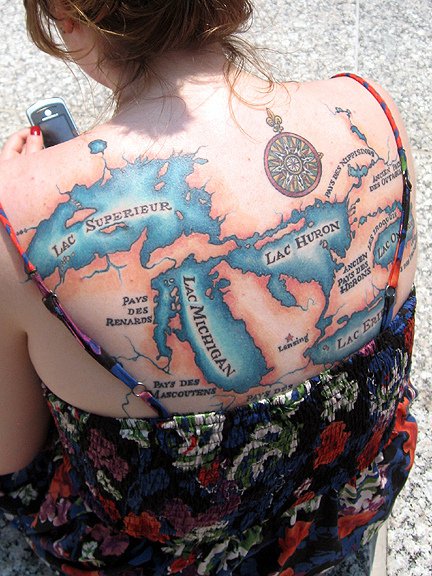 I had this tattoo done in 2011 by Hannah Aitchison at a shop in Chicago called Deluxe. I didn’t really know it at the time (I just liked her portfolio), but apparently she’s kind of a big deal and was on that show LA Ink for awhile. It took two sittings of a little less than four hours each to complete this thing. During the first sitting, I was holding my breath so hard that my hands went completely numb, but I didn’t want to say anything and sound like a dweeb to the artists in the room. That night at a poetry workshop called Vox Ferus, a friend I don’t know how to love anymore came into the bathroom with me, peeled the plastic wrap off my back, and washed my tender skin with the gentlest hands.

This picture was actually taken by a photographer at the Slut Walk Chicago Protest in 2011 (I’ve since slightly upgraded from the flip phone I’m holding but still wear that dress a lot when it’s warm). That protest was the only time, at least to the best of my knowledge, that I’ve ever had someone try to find me via a Craigslist “Missed Connections” ad-- but it was just someone trying to find out who my tattoo artist was, not someone who fell in love at first sight and wanted to buy me a house or dinner or anything. The tattoo is based off an old map of the region by French hydrographer Jacques-Nicolas Bellin, which first appeared in the Homann Heirs Atlas Major in 1755. 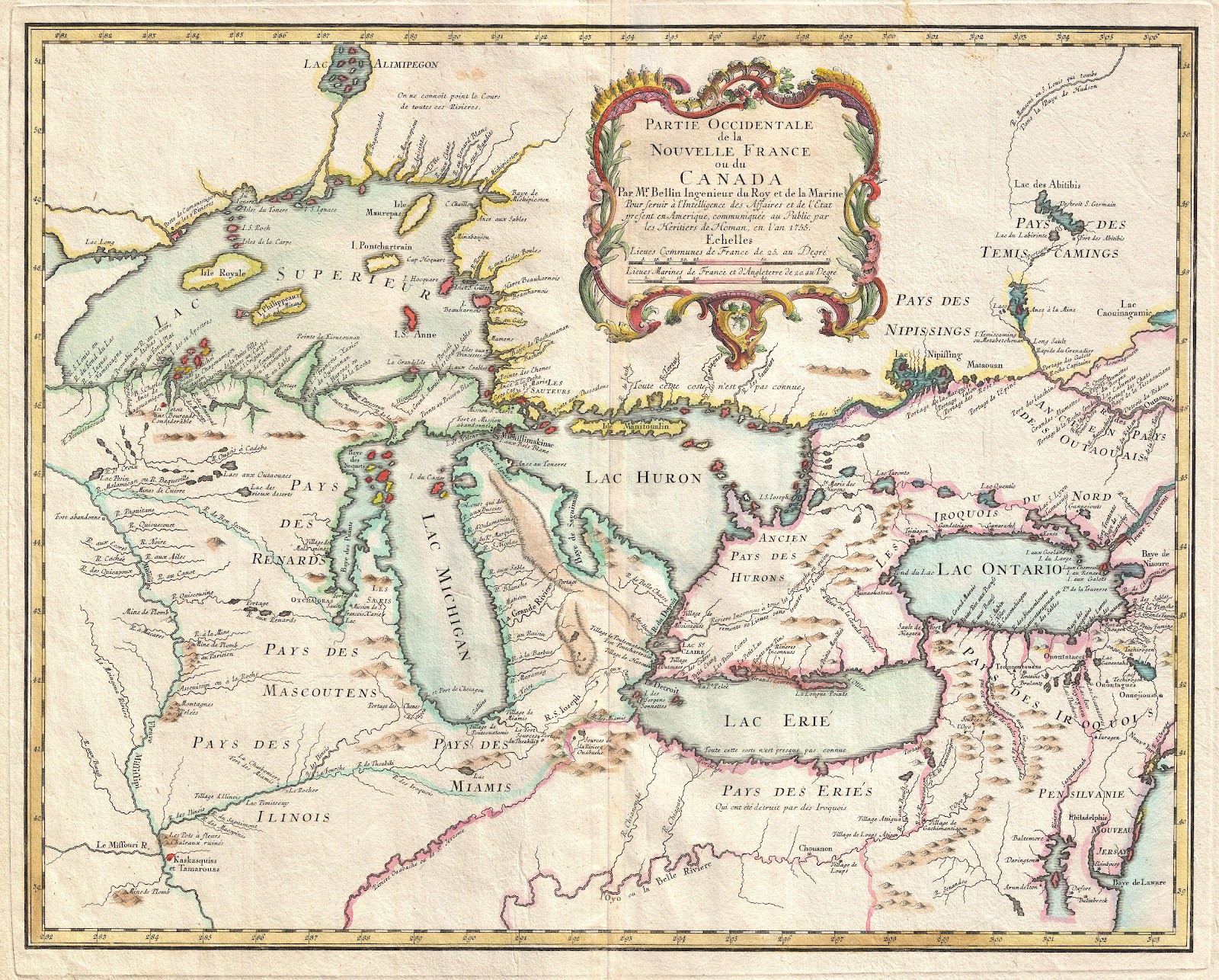 I don’t actually have a great reason as to why I chose this particular map of the Great Lakes other than that I thought it was pretty and wanted to put something aesthetically pleasing on my body. I’m pretty sure that I Googled  “Old Maps of the Great Lakes,” and this one came up as one of the top results.

Anyways, I suppose those are stories about the tattoo but not the story of why I got it in the first place. The short answer (that I give to dudes at bars who think asking about it is a really original conversation starter) is that I got a tattoo of the Great Lakes because I’m a native Michigander and spent my first couple of years out of college in Chicago. I’m proudly and staunchly Midwestern. However, that doesn’t quite capture what the Lakes have meant to me. At the time I got the tattoo, I lived in an apartment in Uptown Chicago that was about a 12 minute walk from Lake Michigan. I used to walk out to it at night whenever I was upset, even when it was cold and terrible out. I always liked the look of everything all iced and quiet. I liked that I could walk out to the shore and there’d almost always be someone within eyeshot doing the exact same thing as me. I liked that they’d never do anything more than nod at me. To speak would’ve broken some sort of contract. It was the one place in that neighborhood I never got catcalled, at least not at night. There’s a poem by James Wright, “As I Step Over a Puddle at the End of Winter, I Think of an Ancient Chinese Governor,” with a line I used to always mouth to myself while looking at the Lake: “Where is that sea, that once solved the whole loneliness / of the Midwest?” It was there. It was there for me. I think that the rest of the late night crew chilling on the cement revetments at the stretch of shore off Lawrence and I must have come out there again and again because we knew it (Lake Michigan? sky without buildings? light pollution? the quiet of strangers?) was solving or resolving something. I wanted the Great Lakes on my back because I knew that I’d be leaving for grad school soon, and they were the closest I’d gotten to believing in any kind of higher power in a long time. I wanted to take them with me. I am in a place now  (Ithaca, NY) with a landscape that is beyond gorgeous, but there’s nothing that gives me the feeling of staring out at Lake Michigan-- the feeling that it was okay to be alone, of how small that alone looked next to the water.