Clayton Smith's Would You Rather 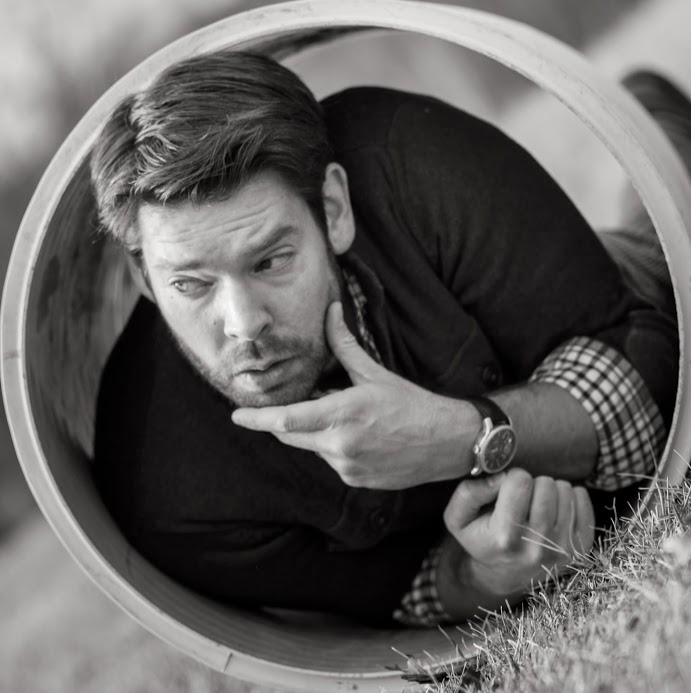 Would you rather write an entire book with your feet or with your tongue?
That depends on if I’m writing on a typewriter or with a pen. If typewriter, then feet. If pen, then also feet.

Would you rather have one giant bestseller or a long string of moderate sellers?
I’d rather have a longer public career, methinks, than be a one-book wonder.

Would you rather be a well known author now or be considered a literary genius after you’re dead?
I’d rather be well-known now. That would make it easier to convince my wife that all the time I spend locked in my office writing is worth it. Besides, after I’m dead, I plan on becoming famous for a very different reason; being the world’s tallest ghost.

Would you rather write a book without using conjunctions or have every sentence of your book begin with one?
For reasons unknown, I really enjoy starting sentences with “and” and “so.” So I’d go with the second option. And I’d love it.

Would you rather have every word of your favorite novel tattooed on your skin or always playing as an audio in the background for the rest of your life?
Definitely tattoo. It’s hard for me to focus on writing (or working, or talking, or breathing) when there’s music or other audio playing. (But it would have to be roundly agreed upon that the tattoo would not be written in Comic Sans.)

Would you rather write a book you truly believe in and have no one read it or write a crappy book that comprises everything you believe in and have it become an overnight success?
I’d much rather write a book I wanted to write and have no one read it. I think that, as a writer, you should write for yourself first. You shouldn’t write to be famous; you should write because you have a story in your brain that you can’t bear to not tell.

Would you rather use your skin as paper or your blood as ink?
Blood as ink. It would pretty much force everyone to take everything I write very seriously. (Write books on your own skin, and you’re just a loony.)

Would you rather become a character in your novel or have your characters escape the page and reenact the novel in real life?
Since Apocalypticon is an absurd post-apocalyptic adventure, it’s probably better for everyone else if I go into the novel instead of unleashing the novel on them.

Would you rather write without using punctuation and capitalization or without using words that contained the letter E?
If Cormac McCarthy has taught me anything, it’s that punctuation is for sissies. I’ll go with Column A.

Would you rather have schools teach your book or ban your book?
I love the mysterious allure of a good old-fashioned banned book, and it’d likely make it a better seller…but I think it’d be more beneficial on the whole if they taught my book. HashtagEducationFirst.

Would you rather be forced to listen to Ayn Rand bloviate for an hour or be hit on by an angry Dylan Thomas?
EASY QUESTION. Being hit on by Dylan would be an honor. A DAMN HONOR.

Would you rather be reduced to speaking only in haiku or be capable of only writing in haiku?
Oof. Poetry’s not my strong suit. I guess I’d go with writing in haiku, to spare my wife the day-to-day trauma.

Would you rather be stuck on an island with only the 50 Shades Series or a series in a language you couldn’t read?
I’d take the 50 Shades. With enough time, I could tear out and rearrange the words to write something more to taste. Sexy, sexy taste.

Would you rather critics rip your book apart publicly or never talk about it at all?
Hey, any press is good press, right? I think I’d rather have them rip it apart. If the review is bad enough, maybe people will check it out for the train wreck factor.

Would you rather have everything you think automatically appear on your Twitter feed or have a voice in your head narrate your every move?
Option 1 would be disastrous; I’d constantly be tweeting out bars from The Muppet Show opening number. I’d rather have the voice, especially if it’s Morgan Freeman’s.

Would you rather give up your computer or pens and paper?
Not even I can read my handwriting. I’d do better to give us pens and paper.

Would you rather write an entire novel standing on your tippy-toes or laying down flat on your back?
Tippy-toes. Gravity makes computers heavy and notebooks floppy.

Would you rather read naked in front of a packed room or have no one show up to your reading?
Definitely naked reading. Think of the press! (And the horror. The press and the horror.)

Would you rather read a book that is written poorly but has an excellent story, or read one with weak content but is written well?
I’d rather read a well-written book with weak content. No question. I recently read Miss Peregrine’s Home for Peculiar Children, and it fell squarely into the first category. It was a horrible experience (though, to be fair, the photos were a great touch). It just makes you cringe, seeing all that potential fall flat. But if you write well, you can make even the most boring content sparkle.

Clayton Smith is a writer of speculative fiction living in Chicago, where he has become exceedingly good at cursing the winters. He writes novels, short stories, and plays, mostly. His work has been featured on the popular Internet site Amazon, and his plays have been produced rather mercilessly in St. Louis and New York City. He tends to inject a healthy dose of magical realism into his stories, which distresses his characters to no end. One day, they will likely rebel against him, but for now, they’re all fairly busy managing various disasters, villains, and the occasional apocalypse.