Jessica McHugh's Would You Rather

Jessica McHugh's
Would You Rather 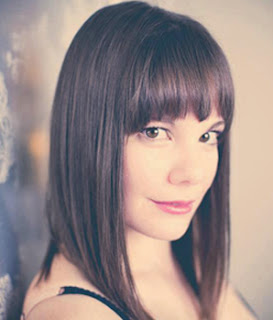 Would you rather write an entire book with your feet or with your tongue?
As I have somewhat prehensile feet, it would be much easier to write a book with my feet. Therefore, I choose tongue. When it comes to writing, I dig the difficulty.

Would you rather be a well known author now or be considered a literary genius after you’re dead?
Now, please. I don’t need to afford beer when I’m dead.

Would you rather write a book without using conjunctions or have every sentence of your book begin with one?
Considering this reply would sound ludicrous starting with a conjunction, I’ll choose writing without them.

Would you rather have every word of your favorite novel tattooed on your skin or always playing as an audio in the background for the rest of your life?
I’d have the entirety of “The Phantom Tollbooth” tattooed on me without a second thought.

Would you rather write a plot twist you hated or write a character you hated?
Plot twist. A character I hate isn’t even worth the ink to pen a good death—only a violent delete.

Would you rather use your skin as paper or your blood as ink?
Either way, I’d run out of raw materials pretty fast, but at least I’d still be alive after using my skin as paper.

Would you rather become a character in your novel or have your characters escape the page and reenact the novel in real life?
Yipes, that depends on the novel. Honestly, I don’t think I’d like to be any of my characters because most of them are put through wringers I wouldn’t want to squish me.

Would you rather have schools teach your book or ban your book?
Ban it. It’ll sell more copies.

Would you rather be forced to listen to Ayn Rand bloviate for an hour or be hit on by an angry Dylan Thomas?
As soon as I saw “Ayn Rand,” I knew I wouldn’t choose that option. Give me your best shot, Dylan.

Would you rather be reduced to speaking only in haiku or be capable of only writing in haiku?
Speaking in haiku. Maybe it would help me shut up more often.

Would you rather be stuck on an island with only the 50 Shades Series or a series in a language you couldn’t read?
I can’t believe I’m saying this, but I’d probably choose Fifty Shades, just for comic value.

Would you rather critics rip your book apart publicly or never talk about it at all?
Rip my book apart. Be my guest. There’s no such thing as bad press.

Would you rather have everything you think automatically appear on your Twitter feed or have a voice in your head narrate your every move?
Voice in my head.

Would you rather give up your computer or pens and paper?
I’d give up my computer in a second over pens/paper. It would cut out 8000 internet distractions.

Would you rather write an entire novel standing on your tippy-toes or laying down flat on your back?
Laying down. I recently hurt my back and had to do just that. Astronaut pens make it a piece of pineapple upside-down cake.

Would you rather read naked in front of a packed room or have no one show up to your reading?
Am I standing behind a podium? In that case, I’m fine being naked. Otherwise…eh, I’d still choose naked.

And here is Jessica's response to the question Pete Anderson asked her last week:

Would you rather be Holden Caulfield or Scout Finch?
I think I'd rather be Scout Finch, just because I'd be happier as a scrappy kid than a grumpy teenager.

Jessica McHugh is an author of speculative fiction spanning the genre from horror and alternate history to young adult. A member of the Horror Writers Association and a 2013 Pulp Ark nominee, she has devoted herself to novels, short stories, poetry, and playwriting. Jessica has had thirteen books published in five years, including her bestseller, "Rabbits in the Garden,"  and the gritty coming-of-age thriller, "PINS." 2014 will see the release of three more novels, including the start to her edgy YA series "The Darla Decker Diaries." More info on her speculations and publications can be found at JessicaMcHughBooks.com.
Posted by TNBBC Super Mod at 10:02 AM