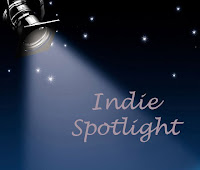 Trying to get a book published in this day and age is hard work. So many authors are going the DIY and Indie routes, taking control of the writing and editing process, in an effort to get their novels released under their terms. They don't have to compromise the story lines, they hold the reigns when it comes to marketing their product and interacting with their audience, they determine the extent of their success.

I love stories in which a character makes a startling discovery that completely changes his or her world. It struck me though that these discoveries are often a great boon, making the eventual victory less impressive and our ability to relate more strained. I wanted to read about someone who fought tooth and nail despite her own insecurities, which are so much like our fears of being different or insufficient. “Powerless” is the defining characteristic of the story’s protagonist, Mira Ipswich. It’s something that’s always in her mind, picking at her even when her peers seem no different than herself. At times she’s able to rally against it, and other times it overwhelms her, but it is always indicative of how she stands apart.
What was the writing and editing process like for you?

I started writing this series when I was living in Japan teaching English, and it was a great way for me to relieve tensions or cultural difficulties. It was one of those things where the story just came into my mind so strongly that I had to get it out. I had so much fun watching all of the pieces fit together and seeing the characters grow and develop. If readers have half as much fun reading as I did writing, I think they'll be in for a treat. Revising is a long arduous process, almost an adventure in itself. I was lucky enough to find a guide, a great editor named Chuck Wightman, who showed me the ropes and helped make the story better in one hundred different ways.
How did you come to release this series independently?

Becoming an "indie author" and releasing my series independently was the result of a lot of thought concerning what I wanted for my series. For me, it was something fun that I worked hard to develop, and I want to stand by it as it gets out to readers. From the point of publication, I've seen over and over again how it only takes one reader to have a fan, and I love being directly involved in getting a story out to readers who will enjoy it. Author, book, reader: those are the only things you need to have success.
If you were a traveling salesman, how would you talk this series into strangers’ hands?

The Powerless series has numerous points of interest that are appealing to readers. The story of Mira's discovery of the world around her she never knew was there and the way she has to compete with her classmates echoes both Harry Potter and the Hunger Games. The novel also won the Webb Weaver 2010 Writer's Competition, which amazing considering the huge number of books submitted. But at the core of it, I'd point to the characters and the struggles they endure while growing up, and Mira who wants to be accepted even though she feels different, and those are things we can all relate to.
List 4 things we can learn more about by reading this series.

I particularly like this question. There is something of an education aspect to the story, and so I'd say first there's something to learn in the way Mira uses science to lift herself up. Second, it's a great study in how teens respond to challenges. All of the students have the same goal, but they respond to it in vastly different ways. Third, the fantasy setting and the society depicted will make readers wonder about how cultures evolve. For example, what would be different if people were able to move things with their minds? Fourth, parenting and family are huge aspects of the series, and every book broaches the questions of proper parenting and how a family works. I certainly can't claim to have all the answers on that one, and neither do the characters, but that's part of what makes it fun.