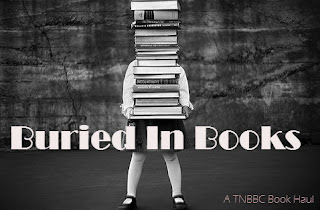 Someone has begun targeting vampires. Vampire leaders of the thirteen Houses attribute the string of recent losses to over-zealous vampire hunters. Only Cicatrice, the most ancient and powerful vampire in the world, suspects that the semi-legendary Hunter of the Dead may be the real culprit.

Carter Price, a vampire hunter who despises the way his profession is becoming centralized and corporatized, begins to suspect the Hunter of the Dead is back, too – and no longer distinguishing between vampires and mortals. Against his better judgment, Price agrees to work with Cicatrice.

The uneasy allies attempt to uncover the truth about the Hunter, while a vampire civil war brews in the background. But perhaps most difficult of all, they must contend with their new apprentices, who seem to be falling in love with each other against every rule of man and monster…

*Unsolicited by Publisher for review

Just when the whole world has written off the city of Arkaic, Michigan, billionaire A. Olan puts up funds for a new university in an abandoned psychiatric hospital. There, strange engines turn human memories into electrical power. Join students Samo, Monty, Ezzie, and Dunya as they study, work, flirt, explore, and battle powers of ancient evil. Will they survive their first year of college?

*Unsolicited by Author for review

"Andrew Miller’s If Only The Names Were Changed is an ode to the American fuck-ups and the art of fucking up." -Beachsloth, Beachsloth.com“Unflinchingly honest, Andrew Miller’s stories are akin to Francis Bacon portraiture. Mixed in with all of life’s brutality and banality are moments of astounding beauty that echo the angelic opening to Damien Rice’s song It Takes A Lot To Know A Man.” –Scott Navicky, author of Humboldt: Or, the Power of Positive Thinking“Politics, religion, sexuality, society and psychology: Miller is unapologetic and brutally honest, galloping through it all at such a speed as will leave you breathless. There are moments when he is almost unforgivingly intellectual, moments of thunderous untempered rage and moments of poetic sublime.”–Emily Ruck Keene, editor of Paris Lit Up

*Unsolicited by Author for review

Ever since he was a young orphan, Hansel Higginzshire’s dream has been to break the long-held Guinness World Record for hottest gay man ever killed in a shark attack. Big Problem #1: Hansel is not hot. At least not in the classical sense. In fact, the deformed man has a head the size of a wrecking ball. Big Problem #2: Hansel digs chicks, not dudes. Still, that shouldn’t stop a big-headed mofo from dreaming big, no?? But if those obstacles weren’t enough to impede Hansel’s path to Guinness World Record greatness, he finds himself wanted for murder. Now on the lam, his situation pretty hopeless, Hansel agrees to die a horrible death in a snuff film for just few measly bucks. But perhaps the misfit companions Hansel meets on his westward cross-country trek to Hollywood—Rosebud (the drunken, down-on-its-luck, former actor, and sentient sled from Citizen Kane); a living, talking amputated arm that once belonged to a famous rock drummer; and a geeky keytar player born with a small polar bear head instead of a human head—can convince Hansel to follow his dreams again and attempt to become . . . THE HOTTEST GAY MAN EVER KILLED IN A SHARK ATTACK!!! (By the way, yo mama is a character in this book. Yeah. For real. Sorry.)

*requested for review
Posted by TNBBC Super Mod at 5:00 AM