Always flattered to be a part of the Grab the Lapels blog tours because Melanie Page is doing such wonderful things to get writers the exposure and attention they deserve. In today's blog tour post,to celebrate Matthew Roberson's new book, Melanie writes an essay on Generation X and their struggles with growing up....

Synopsis—Vignettes of a middle-class American family told through lists, each reflecting their obsessions, their complaints, their desires, and their humanity.
A suburban family of four—a man, woman, boy, and girl—struggle through claustrophobic days crowded with home improvement projects, conflicts at work and school, a job loss, illnesses, separation, and the wearying confrontation with aging. The accoutrements of modern life—electronic devices and vehicles—have ceased to be tools that support them and have become instead the central fulcrums around which their lives wheel as they chase “cleanliness” and other high virtues of middle American life.

Generation X is turning 40, and no one seemed to notice. What happened to Winona? Admit it, you might have to Google her to find out. Kevin Smith suggests Dante and Randal are going to be fine in Clerks 2 when he realizes the characters co-owning The Quick Stop (no more shitty bosses) is the answer to laziness. Generation “slacker” is all “grown up,” so it’s time to ask: did they actually grow up?

Matt Roberson’s new novel, List, follows a man and a woman who have a boy and a girl and some dogs and a house. When did the freedom to have some time to themselves jump ship, and how do they feel about following the kids/house/job path?

For the most part, things are good. The man and woman very much love their children, could not imagine life without their children. The house is a pain in the ass, always breaking or wearing down or in chaos. The dog just might shit on the carpet. Life is good.

Gen Xers, writes Susan Gregory Thomas, “are always in a state of triage, always in a survivalist mode.” Okay, sometimes things are tough. The man could try Xanax to achieve that one night of sleep, that one good night of sleep. Or will he? There’s always tomorrow to worry about. What’s on the schedule tomorrow? What will appear unscheduled tomorrow? “Tomorrow and tomorrow and tomorrow,” the man laments.

They have the whole world of options open to them, Generation X, and that can lead to agoraphobia. When his career comes to an abrupt halt, the man considers his options: a new career, going back to school, starting a business. It’s not that he has limited options, but almost too many. Is a job loss a chance to reinvent himself? As a man with a wife and kids and a dog and a house, does he have that luxury?

“Downward mobility,” explains Neal Pollack, “is the hallmark of [Generation X]. I just feel like we’re not going to pull ourselves out of the hole. But what can you do? You have to be a grown up about it. You can’t be dissatisfied and unhappy about it all the time. We don’t have that security...” The man doesn’t fully accept his loss of security. He’s going to grow a beard, watch porn, surf the internet. Start drinking. He tries to be an adult in appearance, but inside he’s worried “about money, and how his kids maybe saw him, and his failure, as he saw it, and money and the future, especially...” Is hiding anxiety the true hallmark of Gen Xers? 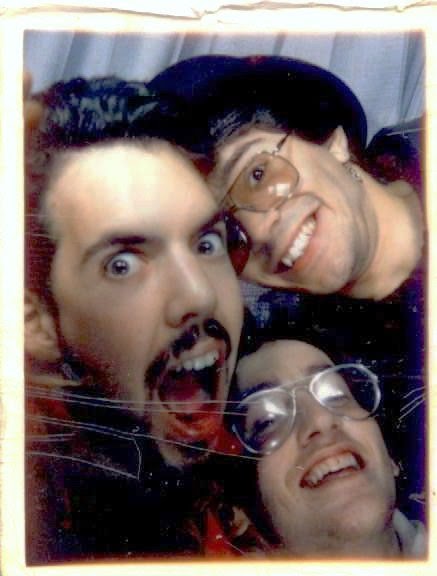 With clients and muffins and board rooms (oh, my!) the woman reflects on her younger days when she believed she would live in a big city in a small apartment close to cultural attractions, not a nine-to-fiver. A.O. Scott argues that many Gen Xers never really grew up, that they “donned the binding garment of maturity only tentatively, and accessorized it with mockery, as if it were a hand-me-down from Grandpa or an ugly shirt plucked from a used-clothing rack.” The woman realizes that she is the primary source of income for her family, but she’s not above imagining packing a suitcase and leaving the corporate world for sandy beaches.

While business is an act of playing dress up, buying items to fill the void of missing parents is not. Raised by a TV, Gen Xers, as a result, are some of the best shoppers. Nina Munk can relate, explaining, “We don’t just shop for anything, of course. Generation X is defined by a few recognizable artifacts...” Munk describes expensive TVs, strollers, name-brand bags and shoes, and Land Rovers. The man and the woman follow the trend and buy, buy, buy:

And what really galled our man?

Seriously. How many do you need?”

Claiming independence, and with a lack of parental watchfulness (i.e. latchkey kids), Gen Xers fill old holes with new items, all the while thinking they won’t sell out or be sold to. The world is a scary place full of new threats. So, Rinzler Buckingham points out, “My life is hard enough already, so if splurging on a big entertainment unit makes me feel better, why not?” But the man is self-aware; he knows that he’s buying things, that it’s ridiculous, that it might mean the end of something he used to know.

Even the kids indulge. While the man tries to settle arguments between his girl and boy over what show to watch, he hopes something educational will present itself on TV. “The question of managing screen time and who is on what screen and how to protect those in front of the screen from things they might not un-see or un-hear,” Allison Slater Tate confesses, “is a constant, exhausting issue that frankly makes me want to go full-on Amish on all of them and throw every last blinking screen away.”

But Gen Xers are not simply leaving their children in the fuzzy embrace of the TV babysitter à la Jim Carrey’s mother in Cable Guy. They go to beaches and indoor water parks, drop their kids off at school and tackle lists of tasks of the everyday. There are always more lists, more bills, more ways to move forward--and the man and woman in List do just that.

If you missed yesterday’s post, head back to Words, Notes, & Fiction to read a list of lists in List. Today is the last stop, so to see the entire tour schedule and get links, click HERE.

Matthew Roberson is the author of three novels, 1998.6, Impotent, and List, and the editor of a critical book, Musing the Mosaic. His short fiction has appeared in journals such as Fourteen Hills, Fiction International, and Western Humanities Review. He teaches at Central Michigan University, in Mount Pleasant, Michigan.
Posted by TNBBC Super Mod at 5:00 AM