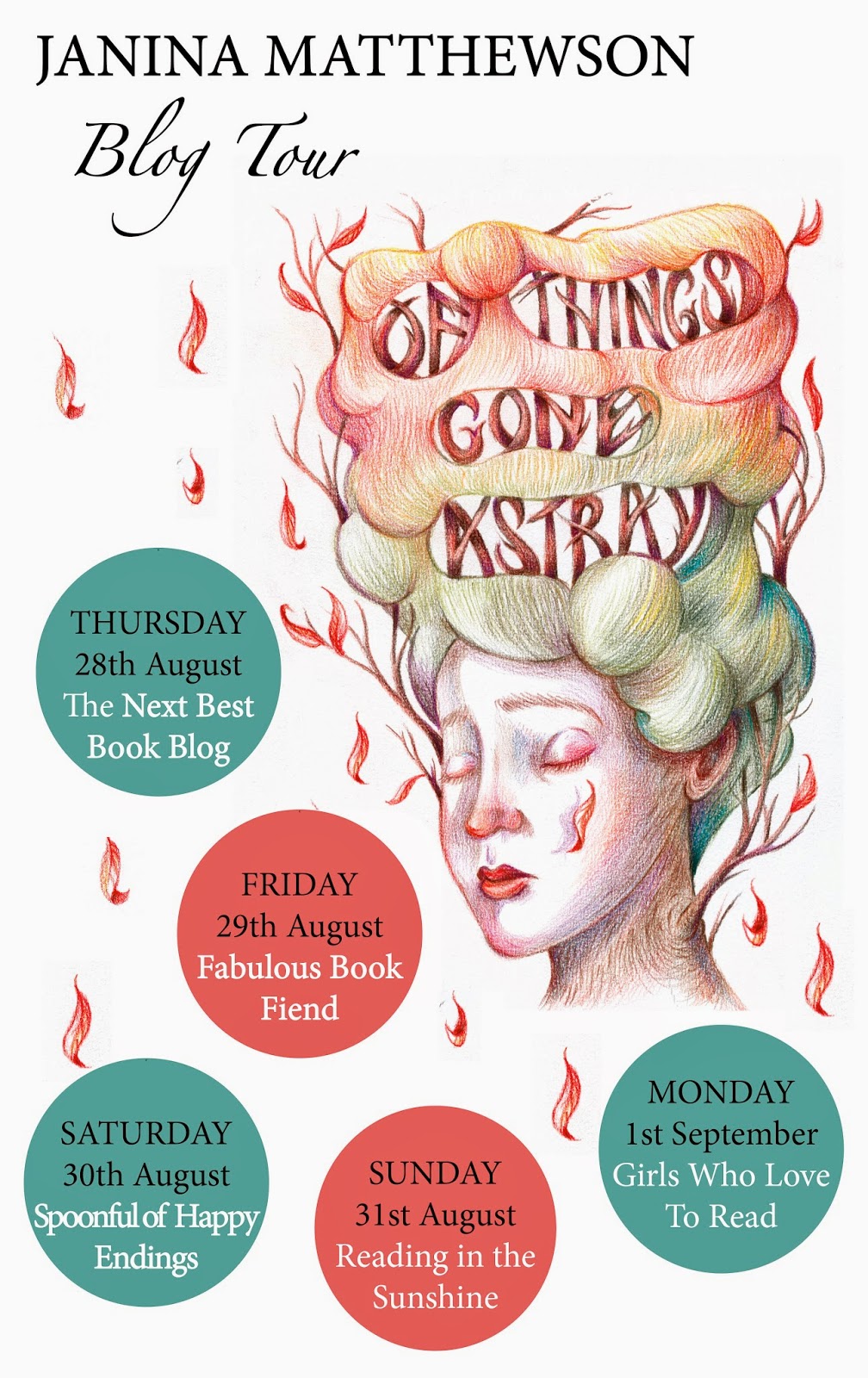 We here at TNBBC love participating in blog tours. We especially dig being the ones to kick them off! And so, we introduce you to Janina Mathewson and her novel OF THINGS GONE ASTRAY.

Releasing in hardback and EB today, Of Things Gone Astray sees Mrs Featherby waking up to discover the entire front wall of her house is missing; Delia goes to the park to sit under her favourite oak tree, to find that it is no longer there; Robert goes to work one morning to find that his building and all traces of his colleagues have vanished whilst Marcus, a pianist, opens his piano to find all of the keys have disappeared.

And in the meantime, Jake, who lost his mother a year or so beforehand and continues to struggle with life after her departure, well, he doesn’t seem to have really lost anything at all but he does start discovering things - and so the lives of these characters cast in this world begin to interweave splendidly.

To help get this blog tour going, Janina has decided to participate in our Books & Booze series. Let's take a look at her characters' go-to drinks, shall we?

We all know it’s important to keep hydrated, and that remains important even when you’re fictional. And after what happens to them, the characters in Of Things Gone Astray could all use a stiff drink. Here’s a list of the go to drinks for my six central characters, and a couple of recommendations for you.

Of Things Gone Astray is a book for curling up with, and there’s no point in curling up if you’re not doing it with, at the very least a cup of tea. A trip to the kitchen, your favourite armchair, curl up. Curl up tight.

Mrs Featherby looks like the kind of woman who’d have a nice sherry on Sundays or a single gin and tonic every once in a while. But, like much about her, Mrs Featherby’s favourite drink is a long and scrupulously kept secret. She drinks a whisky soda with a twist of lime, in very specific ratio. In her younger, wilder days, she was known to vault the bar and make it herself if the barman failed to make it perfectly. Now she only drinks them after dark, with the curtains closed, when all her neighbours are sleeping.

Robert likes cider. He likes sweet cider. He likes fruity cider made from raspberries and strawberries, and berries in general. As you can imagine, he’s been teased about this quite a lot so, when he was young and more sexually active, so he used to drink normal beer on dates. And since he hadn’t drunk enough normal beer to know which was nice, he suffered a lot. 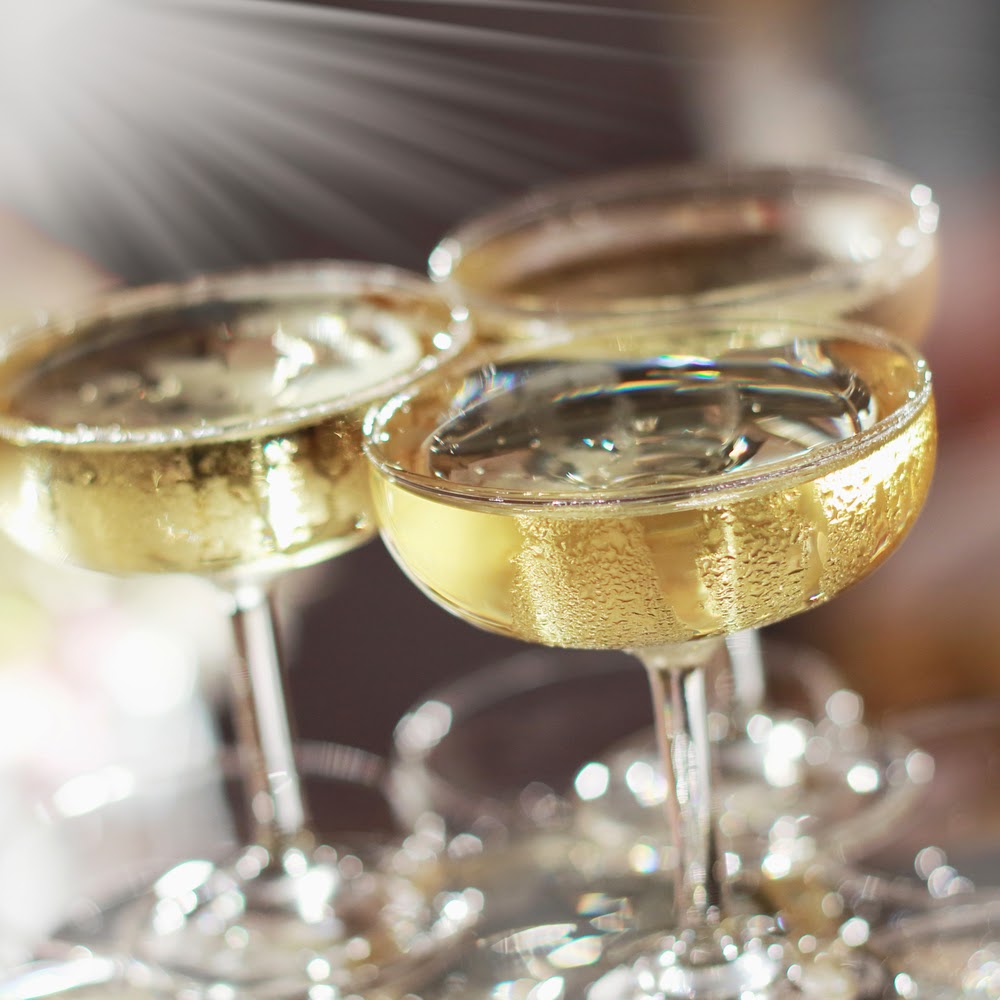 Cassie is young, so very young. She’s only been legally drinking for a couple of years so, although she’s graduated beyond the worst of the alcopops, she’s yet to find an actual decent drink. She drinks a lot of cava but she doesn’t really know what it is.

Jake is a child. He drinks chocolate milk, if he can get it.

It’s be a long time since Delia’s been out for drinks with people. She used to drink a lot of red wine in winter and mint juleps in summer. She defaults back to them nowadays but either her tastes have changed or she remembers it wrong. What she’s looking for, although she hasn’t found it yet, is an old fashioned.

To Drink While Reading

In hot weather, fill a glass with ice and berries. Pour in a dollop or two of good gin. Add elderflower presse. Cool off. Relax.

When it’s cold outside, put a healthy teaspoon of honey into a glass with equal parts whisky and ginger wine. Add a slice of lemon and enough hot water to fill the glass. Curl up with a rug.

Born in Christchurch, New Zealand, Janina Matthewson moved to London following the earthquake, an event which features as a pivotal part of her novel.

A trained actress, Janina has also written for the stage and screen. Her first play, Human and If was performed at The Tea House Theatre in London, directed by Sue Curnow. Her short film, The Other Side, was shown as part of the Rialto Channel’s 48 Hours project in New Zealand.