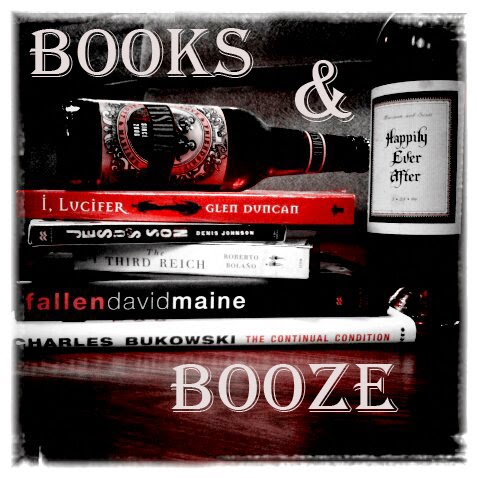 Today, Vincenzo Bilof assigns each of the main characters from his books a drink. Bottoms up!

“Let’s have a drink somewhere.” The sentence may imply a lot of different things, from a sexual encounter to resolving a conflict with your nemesis. In fiction, characters who don’t abuse alcohol may often use a drink or two for the same purposes, and we figure that if the author included a scene in a bar, well, then, it’s important. Every word is important. Think about the scene in X-Men: First Class when Xavier and Magneto attempt to recruit Wolverine in a bar. That’s a great scene. We get one line from Wolverine…

If our characters are going to use alcohol, then it must be purposeful; characters who smoke or drink are in these situations where they use substances because it suits their character or drives the plot forward. A lot of convenient and inconvenient things happen in a bar (especially if you’re playing Dungeons and Dragons). But what if we take these characters outside of their fictional world? Would their “beverage of choice” say something about who they are? Here are some characters from my novels who might like a drink or two…

The heroine in this book, Amparo Vega, is a hard, damaged woman. She loves guns, sex, and blowing things up. She’s a mercenary whose screwed-up sense of morality is challenged by zombie violence. She loves to drink; she’ll take shots of hard liquor over beer, but she’ll settle for anything in a pinch. She’s spent a lot of time drowning her guilt with bottles of Jack Daniels; someone offered her a shot of Everclear, or Bacardi 151, she wouldn’t hesitate.

Brian Powers hates drinking and doing drugs. He’s driving through the Arizona desert in his van filled with people he loosely associates with; so when he takes his drug-addicted friends to a deserted town to check out the site of a legendary comic store where the owner murdered people and decorated the walls with their skin (and what could go wrong for a bunch of teenagers on such a journey…), he gives in to peer pressure and drinks Jack Daniels out of the bottle, which is unfortunately laced with some “extra” stuff. Even though Brian doesn’t like to party, Jack, Kurt, and Jamie are hard drinkers, and they bring more than a couple bottles of liquor into the ruins of a ghostly town.

Sake! This novel takes place in two different timelines (yes, there’s time travel involved), and since we’re in Japan, somebody has to drink sake… But during the contemporary segments of the novel, we see the world through the eyes of Edmund Grant and Morgan Brand, two werewolf hunters with completely different tastes. Grant will enjoy several cheap beers at a time, even when he’s on the prowl for a “fleabag.” Brand isn’t much of a drinker; he’s a fast food junkie, and he loves soda. If Morgan had to choose, he’d go with a mixed drink, but he’d much rather just crack open a bag of Doritos.

The protagonist (who is nameless) in this poetry-narrative is a narcoleptic-amnesiac poet with sociopathic tendencies. His wife, Connie, has given him things to drink and has slipped sleeping pills and ecstasy into his beverages, but those are on “doctor’s orders,” because our protagonist becomes the subject of a wild psychological experiment. The poet, when he’s semi-conscious, enjoys Long Island Iced-Teas while he’s wearing dark sunglasses in seedy establishments.

From Detroit, Michigan, Vincenzo Bilof has been called "The Metallica of Poetry" and "The Shakespeare of Gore". He likes to think Ezra Pound, T.S. Eliot, and Charles Baudelaire would be proud of his work. It's possible the ghosts of Roberto Bolano and Syd Barrett are playing chess at his dining table. Vincenzo is the co-conspirator behind the "Anti-Poetry" poetry movement. A member of the Horror Writers Association, Vincenzo is the author of nine novels, including the Zombie Ascension series and Gravity Comics Massacre. A novel written as a collection of poems, The Horror Show, is another one of his nonsensical works. When he's not chasing his kids around the house or watching bad horror films, he reads and reviews horror fiction, though his tastes are more literary. Forthcoming projects include the horror-satire Vampire Strippers from Saturn, and the meta-fictional novella, Vincenzo Bilof Must Die. He hopes that all of his readers are aged 18+. You can check out his blog here: http://vincenzobilof.blogspot.com/
Gonzo is his favorite Muppet.
Posted by TNBBC Super Mod at 5:00 AM