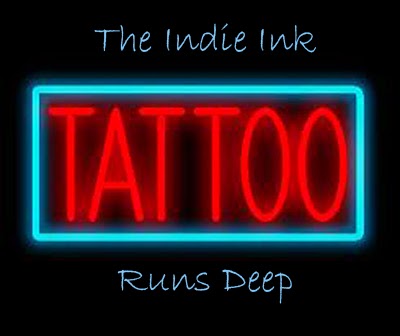 Today's ink comes from Brian Alan Ellis. Brian is the author of The Mustache He’s Always Wanted but Could Never Grow and 33 Fragments of Sick-Sad Living. He lives in Tallahassee, Florida, and has not gotten a tattoo in ten years. 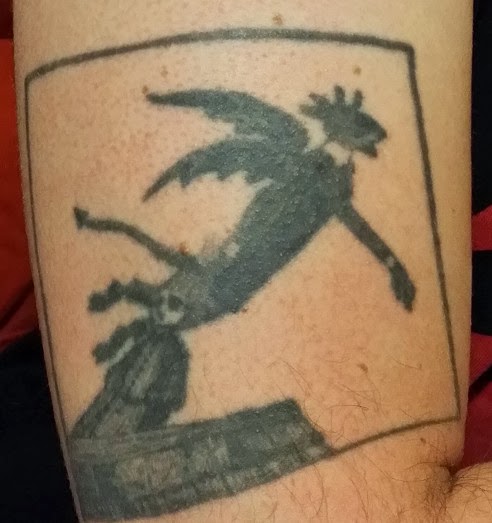 My parents packed up and headed to Georgia, leaving me in their empty apartment until the lease ran out. I was twenty-two years old and had nowhere to go. I didn’t want to move to Georgia, so I’d go out to the bars at night hoping to woo a girl into letting me move in with her. This wasn’t actually my intention but it gave me something productive to do besides just drinking. And that’s how I met Tina, a twenty-nine year old tattoo artist whose husband, a junky, was incarcerated for robbing a Jimmy Johns. We immediately hit it off.

So I moved all my shit (a clothes-filled garbage bag and a book-filled cardboard box) into Tina’s small, low-rent apartment by the beach. Tina’s roommate had a seven year old son named after a character from a Kerouac book I never bothered reading. Also, there were two cats and a Chihuahua named Roxy who, instead of walking, got from point A to point B by crawling on her belly. It took a while getting used to the smell of cat shit.

Since I didn’t have a car or a job, I hung out all day at the tattoo parlor Tina worked at. I basically sat in the back playing Sega as she tattooed butterflies on college girls or pierced the penises of scary bald men. Like the cat shit smell, it was something I had to get used to.

Every few weeks Tina would tattoo me for free. I was her willing canvas, letting her carve whatever she wanted into my flesh. One day she handed me a big book of Edward Gorey drawings and said, “Pick one!” I flipped through it a few times before finally settling on a depiction of a winged devil creature pulling a woman by the hair out of a well or something. She got excited and went to work. The tattoo hurt, of course. And I bled a lot because I was constantly drunk back then.

Tina and her roommate eventually moved out of state, again leaving me alone in an empty apartment before the lease was up. The only noticeable difference this time, besides all those new tattoos, was my heart: it was broken. 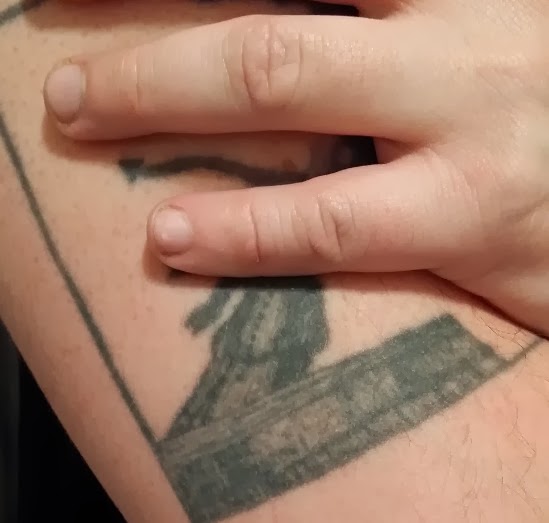 Still, the Edward Gorey tattoo holds up nicely. In fact, it’s one of my favorites. And if you cover it a certain way, the woman’s body resembles the head of a fat penis.