Zach Boddicker's Would You Rather

Bored with the same old fashioned author interviews you see all around the blogosphere? Well, TNBBC's got a fun, literary spin on the ole Would You Rather game. Get to know the authors we love to read in ways no other interviewer has. I've asked them to pick sides against the same 20 odd bookish scenarios.


Zach Boddicker's
Would You Rather 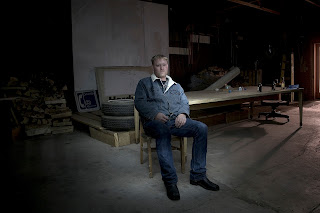 Feet. Writing a book with one's tongue conjures up repressed images of Gene Simmons and his man-bun, and that would prove to be too much strain. Dry-mouth, cramping, swelling – that sounds horrible.

I'd take the long string of moderate sellers. That at least implies that I'd be around long enough to produce such a string.

A reclusive, well-known author now – considering the thin possibility I'll be reincarnated as a literary genius with no ambition, due to a paperwork error or computer glitch.

I don't think I could go without conjunctions, so I'd have to begin every sentence with one.

I'd go with the tattoo. An engineer at Intel or some other microprocessor manufacturer could probably fit 75,000 words onto a pretty small patch of skin. The background audio option – way too many risks there. Who would do the narration? Fran Drescher? Truman Capote? Walter Brennan? This world is an unfair place, and these voices would be among my options, I'm afraid.

Now that I've done the former, I'd be happy to write a crappy book that compromises everything I believe in. It could be a useful exercise that might lead to tremendous personal and spiritual growth. But, then to know that thousands of people were duped into reading it would probably cancel out much of that growth.

The hated plot twist would be easier to deal with. If I were being coerced by an editor or agent into writing a plot twist that sucked, it would be my first instinct to ask myself “how can I make this suck differently, or suck even worse?” If I were able to come up with something that sucked worse, I'd at least be able to take some ownership of it. Writing a character you hate seems like self-flagellation, considering all the time you spend writing them.

I'd much prefer that the characters in The Essential Carl Mahogany escape the book and reenact the novel. Though, if that were to happen, and I were there to observe it, I wonder if I'd be thinking man, the book was way better than this bullshit!

If not alive right now, there will be someone who, for whatever reason, cannot use words that contain the letter E. Let that person develop his or her talent.

I would prefer TECM be taught, especially to students in rural areas. Banned books are a thing of the past, at least in the Western world.

I'll take my chances with Dylan Thomas. At least there's some chance of dialogue with him, and possibly cooling him down enough to where we could head back to my place and listen to Rush's 2112 on cassette.

Speaking only in haiku wouldn't be so bad.

Give me the 50 Shades series. I can cut and paste with that.

I would love it if critics ripped my book apart. All are welcome and bring a guest!

The Twitter feed option would probably be best. The vast majority of everything I think is so boring that no one would pay attention.

I'm looking at my computer monitor now, thinking I wish I could quit you.

Flat on my back please! I need the rest.

Reading naked in front of a packed room would be ok. There'd be opportunities to conduct some fun experiments and ask some awkward questions of the audience.

I would probably last longer with the poorly written, but excellent story.

Zach Boddicker grew up living the country life north of Laporte, Colorado. Boddicker holds a B.A. in English and a MFA in Fiction from Colorado State University, which have proven useful for his endeavors into publishing. In 2014, his short story “Equipment” was published in “A Decade of Country Hits: Art on the Rural Frontier” (Jap Sam Books / M12 Studio). His first book “The Essential Carl Mahogany” (2017), which has been deemed evocative of Nick Hornby, Hunter S. Thompson and Don DeLillo, is the first novel to be published by M12 Studio / Last Chance Press.

In addition to his work as an author, Boddicker has been a staple of the Roots Music scene along the Front Range for 20 years as a member of 4H Royalty, Cowboy Dave Band, Drag the River, and many others. He currently resides in Denver with his wife and two daughters.
Posted by TNBBC Super Mod at 5:30 AM